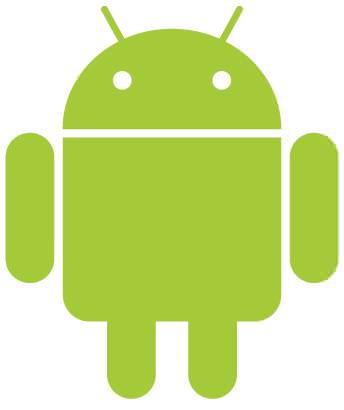 Android is currently more popular than ever, and the new Gingerbread will bring a lot of new features to the table, which will give it an edge over the competition and help it cement its position as a leader in the mobile operating systems industry.

There are many advantages of using Android over a custom designed OS, like openness, access to an already established base of developers who create and maintain apps, extremely reduced costs of making a smartphone or tablet PC (the OS is free and they need no R&D expenses to make it work on their hardware) and most manufacturers realize that, so they go with it.

There are already over fifty thousand apps on the marketplace, and their number just keeps on growing, which is a great thing for all the users. You can find apps for almost every situation of your life, from Web surfing to entertainment, business application to work and antivirus apps. Hell, even The Situation has an app :-)!

To show you how good Android and the apps on its marketplace are, here are just a few of the best and coolest apps you can find and install from the Android apps marketplace.

Recommended: Get Thrifty With Android

Dolphin HD is hands down the best Web browser for Android, and it by far beats even iPhone’s Safari. It has support for everything you can think of, including themes, plugins, Flash inside the browser, gestures, tabs and much more. The best things about it and what makes it more powerful than its competitors are the plugins. As with Firefox, you can find a lot of useful ones that really help you and extend the browser’s functionality.

Layar is a pretty interesting service and the app really shows how great augmented reality can be. It basically adds an overlay of various information over the real world, and you can see it using your smartphone. For example, you can direct your phone’s camera to a famous building and it will show you its history, owner and other useful information. You can also use it as a navigation tool in the same manner. Another great feature is that you can see nice places (pizzerias, pubs, stores, etc.) to go to in your surroundings, complete with the phone, address, map and user reviews.

Goggles is a unique app that is only available on Android, and it’s pretty useful sometimes. It is basically a sort of Visual Search, and it allows you to take a photo of anything and search for matching things on the Internet. You can find information about various objects, identify cars, animals, flowers and even people, translate text using the built-in OCR, and much more. It’s pretty cool and you should definitely try it out when you get the chance.

Skymap is an astronomer’s best friend, but it’s also a pretty nice app to play around with for anyone else. It uses your phone’s magnetometer to accurately show you the sky’s objects at any time and show you information about them. You can see where the moon is in mid-day, see information about constellations and stars at night, and other interesting stuff.

Talk to Me is an amazing translation tool that is very light on resources and yet manages to translate almost any language in the world. It uses Google’s Translate service to do that, so it needs a constant Internet connection of at least EDGE (236 kbit/s) speed. You can just type in or say what you want to say and it will give you the translation. For the most popular languages like German, French, English and Spanish, it can also use a synthesized voice to say out loud your translation. It actually works well and it can be pretty useful when traveling, for example, and you want to take a cab to a hotel from the airport.

There are lots of other great apps on the marketplace, and if you want to get them, just start the Marketplace app on your phone and search away. But first, you should definitely try the above apps, as they can be pretty useful at times!