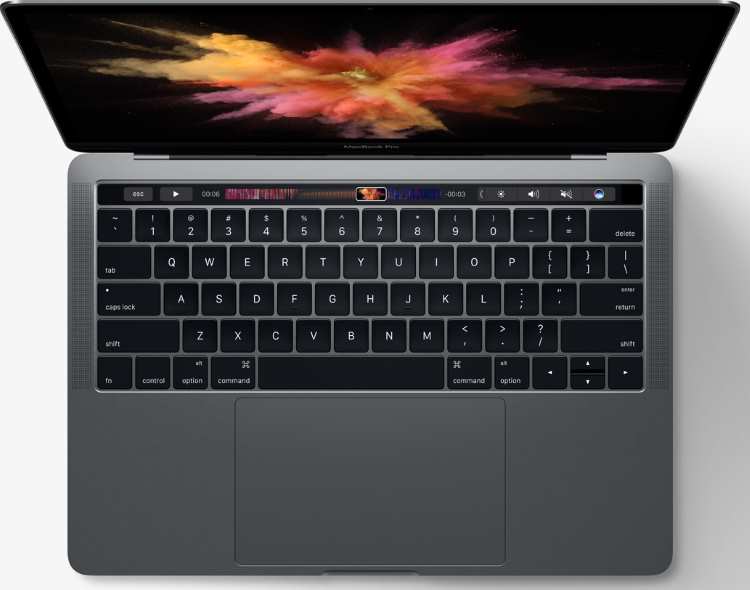 The new MacBook Pro is finally upon us. Freelance writers, graphic designers, and photographers around the world are undoubtedly rejoicing. Other than the typical updates to power, speed, display, and reduction to the width, the latest iteration of the MacBook Pro has several more tricks up its sleeve.

The biggest new feature is clearly the introduction of the Touch Bar. In addition to this, there is now also Touch ID. This means you can unlock your Mac, buy items online, and replace the need to enter passwords for some websites, all with your fingerprint. Replacing the function keys at the top of the keyboard, the Touch Bar is a customizable part of your keyboard that you can adjust according to your task. There are many ways the Touch Bar can improve functionality without needing to use your cursor. These are:

For those looking for a performance boost, you’ll be glad to hear that the overall technical specifications have been improved significantly from the previous MacBook Pro, which means you’ll be able to run more demanding applications. For a start, the new model features up to 130% faster graphics than before – great news for graphic designers and gamers. Additionally, the Intel i7 quad-core processor of the 15 inch model clocks at 2.7GHz, with a 3.8GHz Turbo Boost, it supports 16GB of DDR3 memory, and the SSD storage is configurable up to 2TB.

Screen quality is of course as sharp, bright, and colorful as ever, but the new MacBook Pro has evidently taken a step up in terms of audio as well. A part of the hardware that many have derided in the past, the new edition now has up to 58% more volume, 2.5x louder bass, and twice the dynamic range. It’s simply going to sound crisper and louder than before, which is a welcome development.

Reactions to the new MacBook Pro are understandably mixed, as with any new Apple product. On the one hand, those looking to build websites with their Mac will benefit from its more portable design, vivid display, and intuitive Touch Bar. However, some critics have stated that the new version is not majorly different from previous Macbook Pro generations, besides the Touch Bar addition. The lack of a powerful graphics card, necessary to work with virtual reality projects, has also been remarked upon as a major letdown. Similar to the outrage Apple caused when excluding the headphone jack on the iPhone 7, the tech giants have again ruffled a few feathers with regards to USB ports. The new Macbook Pro will not feature typical USB ports, but instead one single USB-C port, which may well might be on the rise but still annoys many who still primarily use USB type-A external hardware.

“There are myriad peripheral devices that still require the USB-A connector (legacy standard USB), like portable drives, SD card readers, most smartphones and so on. This means you’ll need to get an accessory or dongle adapter before you can use them. If the new laptops retained just one regular USB type-A port, this wouldn’t be such a big deal and would greatly ease the pain of the transition. Keep in mind that this is the first time the MacBook Pro has gotten USB-C.”

But as we’ve seen with previous product launches, people are generally willing to snap up whatever new shiny item that Apple delivers, and this will no doubt be the case with the latest MacBook Pro. Though some will find gripes and annoyances, the thought of having a sleek, beautiful, and powerful laptop to show off will likely be a good enough reason to pick one up.