The eSIM and The Apple Watch 3 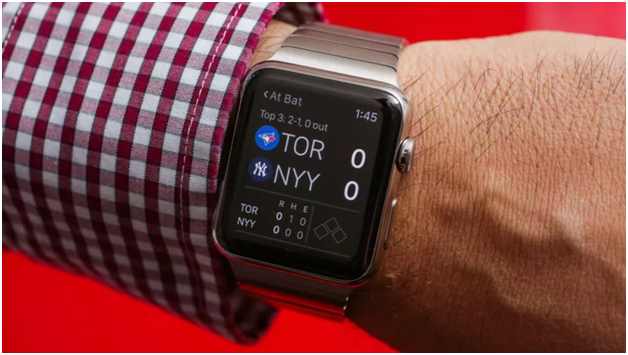 Well, it is now all but confirmed that the 3rd generation of the Apple Watch which is scheduled for release in September 2017 is going to have an eSIM inside.

What does this new bit of technology Apple Watch mean to the user ? Apple Watch weaters will be able to access the internet directly from their eSIm enabled wristpiece, without needing to pair the device with an iPhone. Personally, I hope this does some way to reducing the less sociable aspects of mobile phones. If people don’t have their phones with them, they can’t always be staring at them.

The eSIM is new technology. Here’s what you need to know about it :

Apple have trialed Apple SIMs before in iPads and other devices. None have been particularly successful. This iteration of eSIM tech is the official GSMA approved totally standard eSIM. There is nothing unique or Apple about it. The eSIM simply does what a removable SIM does, it’s just embedded before you buy the watch.

At this stage, there will be no voice calling facility in the Apple phone :

This version of the Apple watch will not support cellular network voice calls. Since the user does have a data plan and since there are Voice Over Internet Protocol Apps like and Skype, WhatsApp, it does seem there is a work around for that. Talking to your wrist is very Star Trek and quite cool so we hope they turn that service on in the future.

It means the phone can stay the same size :

If you wanted to include a SIM in a smartwatch,  before the eSIM, you needed to have a physical tray which was large enough to hold such a chip, the electronics to read it and an actual Nano SIM in the phone. The eSIM actually follows all the same conventions of a physical SIM. The embedded version of it is just much, much smaller. Result ? No need to worry that this watch will be any bigger than the watch 2, 38mm x 42mm.

Apple are departing from Quallcom as their chip provider, the new eSIM enabled Apple Watch for 2017 is going to be built in to an Intel SIM.

The development of a chip like this (a standard processor which also has a facility to act as an embedded SIM)  takes time. But once it’s done, producing a lot of them is easy. The Apple Watch is the first product to take this type of SIM but, based on the announcements that Intel have been making with Microsoft and others, about the number of laptops from all the major laptop OEMs, the eSIM could be a big part of our future in many devices, large and small.

What else do I need to know ?

Sign up to a phone company which has shared data plans. The data requirements for the Apple Watch 3 are likely to be relatively small. Most data on mobile devices us used by rapidly changing video content – YouTube videos, for example. The screen on the Apple Watch 3 is of ample size compared to other smartwatches, but you probably wouldn’t watch a video on it.

We think you will be safe buying a plan with 1GB or less for your new Apple Watch.

There is one better type of plan you can get, however, than a single GB of data. If your phone company allows shared data plans, shared data bundles or family plans, we strongly suggest you consider it for this device.

The Apple Watch is one of the first successful elements of ‘wearable’ technology in the world. There will be many more behind it. We will have our BMWs, children, door, boat and every other element of our lives hooked up to the internet in no time at all. At that time, we hope there will be a variety of easy to manage applications which help you buy one big data allocation and to split it across all of your internet connected products.

There will be an eSIM version of the new watch and a non eSIM version. However, Intel’s inclusion as the chip provider of choice makes this a strategically important step. Soon, there could be eSIMs in everything.