This is guest post written by Justin Butcher, who works for Digital Marketing Agency, You can also write for TechMaish, Read Guest Blogging. 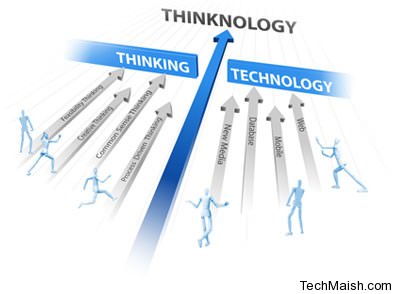 Microsoft have now released the production version of Windows Phone 7 developer tools signaling that the platform is ready to go and the Windows Phone 7 handsets will be appearing soon. This video shows the staff who worked on the project having a bizarre parade through the Microsft campus at Redmond, and one of the highlights was the moment they carried a giant ‘dead iPhone’ as if at a funeral. Perhaps this is somewhat premature. Many commentators think that Microsoft has entered the market far too late to make a dent into the iPhone or Android market share.

A survey by Net Markets  has shown that the Apple iOS mobile operating system is now the third most popular platform on the internet, with a share six times larger than Android’s and also ahead of Linux. However, although it is now the third most popular operating system the Apple iOS market share is still only a relatively measly 1.1%. Figures collected by Stat Owl, on the other hand, show that the technology with the biggest web share is Adobe Flash, with 97% of all users having this technology installed on their system.

Surely this puts Steve Job’s dismissal of Flash as “yesterday’s technology” in a different light. With designers being asked to change workflows and redesign sites so as not to include Flash due to the fact that it doesn’t work with Apple iOS, is it really worth all the effort for an extra 1.1% of web browsers?

In a joint press conference, Bing and Facebook recently announced that users are to be shown the products, businesses, restaurants and movies that their friends like in the Bing search results. This is being hailed as the start of ‘social search’ where search results are influenced by opinions of the user’s peers rather than a search algorithm.

If this catches on it certainly has interesting implications. Will Google follow suit and do something similar? Will the search engines of the future be driven by ‘social signals’ rather than their current algorithms which rely heavily on ‘backlinks’ as indicators of a site’s worth. These are certainly interesting times in the world of search.

The release of IE9 beta this month is great news for web developers. Previous versions of IE were the bugbear of all developers as previous versions required specific customization making life a bit more difficult when coding web applications. However the new version has much better support for web standards, meaning developing applications will become quicker and web software development will eventually become slightly cheaper cheaper.

Microsoft are also making a lot of noise about the fact that that they have written IE9 to take advantage of modern graphics hardware, claiming that this is the only browser to do this.

BUT 66% of All Windows Users Still Use Windows XP

A recent survey by Net Applications has shown that despite all the hype surrounding the release of Windows 7 last year, 66% of Windows users are still using Windows XP. Unfortunately Internet Explorer 9 will not be coming to Windows XP so web developers will be having to add IE6/7/8 specific customization for some time to come.