Microsoft recently released its own tablet in the market. In this article, we will review the Microsoft Surface tablet based on the current connotation of what tablets are as dictated by the earlier tablet players such as Samsung and Apple. 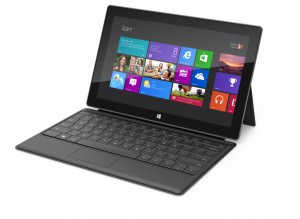 In terms of processing power, Apple’s iPad 3 reigns supreme for it is fitted on quad-core A5X graphics. Next in rank is the Windows Surface Pro, with its Intel Core i5 Ivy Bridge powers running on quad-core Nvidia Tegra 3 innards. These are in contrast with the Samsung Galaxy Tab 2 which is seemingly meager—equipped only with a dual core 1GHz ARM Cortex-A9 processor.

Memory wise, the Windows Surface offers the best bet with its super-sized 64GB or 128GB configurations, while the iPad offers only until 32GB and 64GB options. The Samsung Galaxy Tab 2 offers 1GB of RAM, a minimum of 16GB of internal storage with a capacity to expand up to 32GB via a microSD card.

Apple’s iPad 3 runs on the iOS5, which is fairly attractive, bursting with great in-built apps and those that can be downloaded and installed from the AppStore. The Windows Surface, on the other hand, has no place where apps can be purchased, but it sports the Windows 8 OS for tablets which looks equally brilliant. Faring against these is Samsung Galaxy Tab 2’s Android’s Ice Cream Sandwich version 4.0.3 which also offers fast response speed and performance. 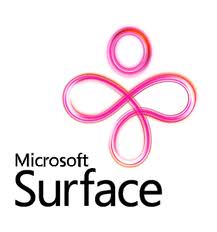 Built with its solid quality, Apple iPad 3 has a metal shell which is 9.4mm thick, which makes users grip the device strongly and comfortably. Competing to this is Microsoft Surface’s material which is 13.5mm thick, called the VaporMG, which prides itself to have a high-end luxury feel. The iPad 3 weighs 662g, while the Microsoft Surface weighs heavier a bit—676g. Last and least is the Samsung Galaxy Tab 2 which is 9.7 mm thick, weighing 581g.

The Microsoft Surface is much blessed with ports: a display port, supporting output graphics to a monitor, and a USB 3.0 and a micro HD connectivity. The Apple iPad 3 reclines in this category, as it only has one port—that is, the dock connector. You have to buy an additional accessory for the display output to a monitor. Probably the best of all in this category is Samsung’s Galaxy Tab 2 for it has a compatible adapter that allows you to connect USB accessory devices such as keyboard, mouse, thumb drive and the PC. This enhances the capabilities of your tablet and provides a solution for user-friendly removable data storage.

Among the three contenders, Apple’s iPad 3 camera proves to be the best. Capturing sharp and clear images for it is constructed with a 5 MP light sensor at the back and the autofocus function. It allows users to tag the locations of their images through its geo-tagging feature. Another plus is that it stabilizes the pictures and videos recorded. On the other point of the triangle resides Samsung Galaxy Tab 2, which is built with a 3.15 MP camera that has 2048×1536 pixels of resolution for still images and 1080p for taking high-definition videos. Made with LED flash, the device’s camera also has autofocus and geo-tagging features like Apple’s. The last point of the triangle is missing in the meantime as there is no official announcement yet on if the Microsoft Surface will be fitted with a camera. 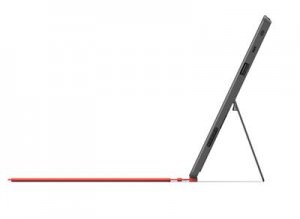 Known to have minimalistic designs, Apple products pave consistency and this is not defeated with its iPad 3. The Apple tablet is designed with one home button still and sleek design features as its predecessors. Having a light yet sturdy magnesium case for protection, the Microsoft Surface can be projected as a both a laptop and a tablet. It also has great optional add-ons including the Microsoft’s Touch Cover, a 3mm magnetically-attaching cover, and a pressure-sensitive keyboard. Samsung’s Galaxy Tab 2 10.1 avoided being debated by Apple thus it changed its design from the former model released. The device has an elegant design with a nice titanium silver color on the back and new front-facing speakers.
Now, probably one of the most important determinants of these all items are the prices of the devices. The iPad 3 costs $599. More affordable, Samsung Galaxy Tab 2’s price starts at $400, and the Microsoft Surface, to be launched in October, has not yet announced its price. However, technology critics touted that it will be around $600 to $1000.9. Price

Different people use their tablets in drastically different ways depending on their everyday needs and lifestyles, hence it’s really hard to decide which one of these will be declared the winner. However, for the mere purpose of this review, the Apple iPad 3 is king as it prevails in terms of processing power, more stable OS, screen display, and camera specifications.

Author Bio:– Aubrey Samson is a freelance programmer, an annual mountaineer and a former mathematics Tutor. She’s also into watching 3D movies, listening to music and composing songs, Her influences are pop and R&B. Follow her escapades on her Twitter.