If I spent even a fraction of the amount of time I spend on Youtube, watching TV, I would have a permanent indent on my couch.  I believe this is the trend in most homes.  Television is slowly, but surely, being replaced by the numerous video-sharing sites on the internet. In the same way that many people used to be glued to their televisions as their only form of entertainment, many people now find their only refuge in popular video-sharing sites like Youtube and Flickr.  These sites not only provide a vast array of content in all genres from around the world, but they also give people an opportunity to create and share content of their own.

If you have not yet jumped on the internet video-sharing bandwagon, read on, and see what you are missing.  In this article I provide a survey of the most popular video-sharing websites on the internet, in an effort to educate you about your options.  The choice is no longer Dish versus Cable, or HBO versus Showtime.  You have a lot more options.  So, why not take advantage of them? 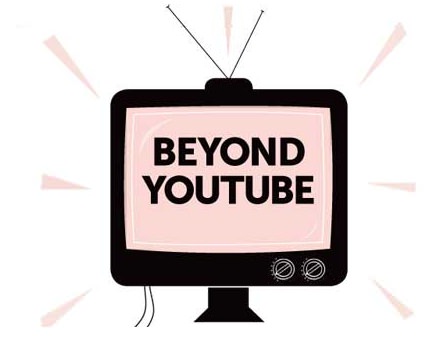 Without a doubt, YouTube is the largest video sharing site on the internet. Founded by three former PayPal employees, this giant changed everything we know about video sharing.  The biggest reason to use Youtube is its popularity.  You will find the greatest number and variety of videos to view on this site.  Another pro to using Youtube, especially if you want to upload your won videos, is that your videos will get the greatest visibility with a world-wide audience. Uploading videos on Youtube is quite easy, as is then posting those same videos on your own website.  As another pro, Youtube offers ad profit sharing for all of Youtube’s  “partner” (people whose videos get a lot more views than the rest of ours). The cons of using Youtube are the size and time limit restrictions they place on videos. With most new video sharing sites coming out, Youtube is left behind as far as time limits go. Except for partner videos (again, people who Youtube pays to post videos), each video can only run for a maximum of ten minutes and be no larger than 2GB.

This is personally my favorite site, mainly because I was able to find an old childhood movie on there, that I have yet to find anywhere else.On the surface, Veoh offers less than YouTube.  However, the pros of using Veoh, are the unlimited file sizes and technically unlimited time limits. Users can find full length television shows and movies on here. Users can also download videos they find on Veoh to their own personal computer.The video compass application (available for download) will take your search from a list of supported sites and generate a list of videos at the top of your screen. These can be viewed and even sent to friends without leaving the current site. The cons depend on how you look at things. Any video that is longer than 30 minutes requires you to download the Veoh Web Player. Also, you can’t upload any files larger than 1 GB if you don’t download their video uploader. So, the only way to get the full use of Veoh, is through several downloads. If you don’t mind repeatedly downloading, then Veoh is a good site to check out.

This site once had a Youtube “feel” to it, but with some key differences, including adult content filtration, user review panels and producer awards. What always stood out in my mind with Metacafe was its producer awards program. This was a huge pro in favor of this site. Users would upload their video, and as long it met the criteria, they made money. The rules were simple, once you hit 20,000 views, you would be paid $5 for every 1,000 views, as long as you had a rank of 3 or higher, and your video didn’t violate any copyright laws. The con was the discontinuation of this program. The site generally became a less popular version of Youtube after this happened, and Youtube, through its Ad-sharing program, now pays its big stars money to film.

No, this is not a typo.  sevenload is a video and image sharing social media site. Take one part Youtube and one part Flickr, and you have sevenload. Though if you throw in updates about a coffee you had at Starbucks as well, then technically you have Facebook. The pros are simple enough. You have pictures, videos and the ability to share them with other people. sevenload is also the home to over 1,000 web TV channels, ranging from educational, to music labels.  The original max upload size is 1.5 GB, which beats the old 200MB max from a couple years ago. The biggest con I have found for this site is that it doesn’t effective enforce its own rules and policies. A line in the “terms of service” agreement on the site states, “content is not allowed to be uploaded if it contains material which violates third-party proprietary rights; or is unlawful, obscene, defamatory, libelous, threatening, pornographic, harassing, hateful, racially or ethnically offensive, or is otherwise inappropriate”.  But, it isn’t too hard to find plenty of videos that violate this right, and have stayed on the site for an extended period of time.

In the long run, we’ll find ourselves heading back to something familiar, something that we’re comfortable using almost every day. For most of us, that would be Youtube. That doesn’t mean that you shouldn’t take a look at any of the sites that I have mentioned in here. You should also look into the many sites that I didn’t list. At one point, sharing your videos involved bringing the homemade VHS tape of your 4th of July cook-out to your friend’s house, and forcing them to watch you grill in the back yard with a little apron on. Now, you can just post it to the internet, and give the entire world an opportunity to witness you burn your eyebrows off.

Author:- Nicholas Kaiser is a content writer for OnlineSchools.org, where you can learn about various online education ideas to find an online degree that suits your needs.