Corning announced that over one billion devices all over the world are equipped with its famous Gorilla Glass, the tough, scratch-resistant covering material found in front screens of recent devices. The said glass technology is a key revenue driver for the company, Q3 sales alone for the 2012 version of the Gorilla Glass totaled $363 million, which increased by 21 per cent year over year. 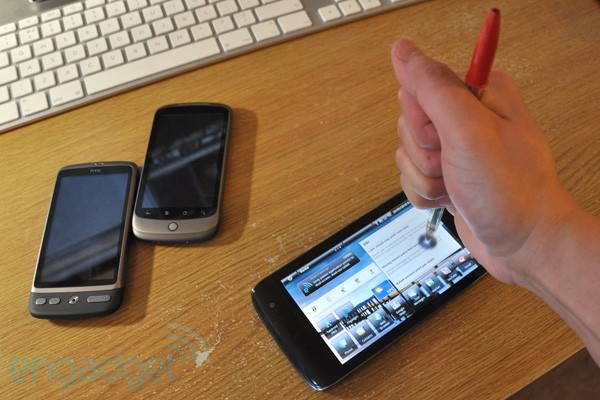 Today, thirty-three major manufacturers are reportedly using the material, including Acer, Apple, Asus, Dell, Hewlett Packard, HTC, LG, Lenovo, Nokia, and Sony. And the trend doesn’t stop with smart, touch-powered personal and business phones alone. Nowadays, a number of televisions, computers, and especially tablets also sport Corning’s toughened glass, and the numbers involving this technology continue to rise at an impressive due to the popularity and demand for its near-invincible properties.

James Flaws, vice chairman and chief financial officer of Corning Incorporated, made the pronouncement during an investor event and release of the company’s Q3 2012 earnings in New York.

“Gorilla Glass, now available on more than one billion consumer electronics devices around the world, has been a resounding success for Corning, and we continue to bring other new technologies to market,” he said.

During the revenue release, Corning also discussed its upcoming Willow Glass product, an “ultra-slim flexible glass” which is touted to revolutionize the shape and form of the next-generation consumer electronics. Presumably, the glass will allow curved displays to become a reality and allow the creation of displays which are literally wrapped around devices or structures.

Despite its impressive growth as far as Q3 sales figures are concerned (sales were at $2.04 billion, up by 7 per cent from Q2), the sales went down by 2 per cent from last year. The downward results were attributed to the lower-than-expected conversions in its telecommunications and environmental tech divisions, with each having around 6 to 7 per cent sequential and year-over-year declines.

But perhaps the leading factor that significantly influenced the upset in profitability remains to be the continuous weakening of global economic conditions. “The weakening economy is affecting sales in many of our businesses, with several not achieving the growth expectations we set for the year,” Flaws commented. He added that the persistent “economic headwinds” may force them to implement a restructuring plan composed mainly of selected cost reductions in project spending, capital expenditures, and fixed costs, including “modest headcount reductions.”

Corning chairman, chief executive officer, and president Wendell Weeks, however, expressed his intent to work towards stabilizing the company’s performance. “We are making progress on our goal to improve Corning’s overall profitability,” he said before referencing the company’s entry into new supply agreements with manufacturers, which according to him will allow them to manage their capacity more efficiently.