Ukraine Has the Necessary Potential to Become a Valuable ESA Contributor

Ukraine historically had a strong space potential, manufacturing world-renowned rockets and offering cutting-edge engineering solutions. Today, the country has over 16,000 experts in the industry, with 5,000 new STEM engineers graduating each month. Moreover, in the last few years, 30+ new aerospace companies have been founded in Ukraine, boosting its space capabilities even further. Many of these recent developments in the country’s space industry took place with the help of Ukraine-born entrepreneur and international investor Maxym Polyakov. For many years, the businessman has been involved in reviving the Ukrainian space sector and now believes that his home country can become a valuable asset for the European Space Agency (ESA).

Currently, ESA is the driving force behind the European space industry, investing in multiple research and development projects. Its strong focus on cooperation with startups and SMEs has resulted in numerous initiatives pushing the entire industry further. The agency also organizes workshops, seminars, and business-oriented programs for its member states. Potentially, Ukraine could become one of these members because this country possesses the unique technical expertise and has already proven its loyalty to European democratic values.

Which Ukrainian Businesses Can Boost the European Space Market? 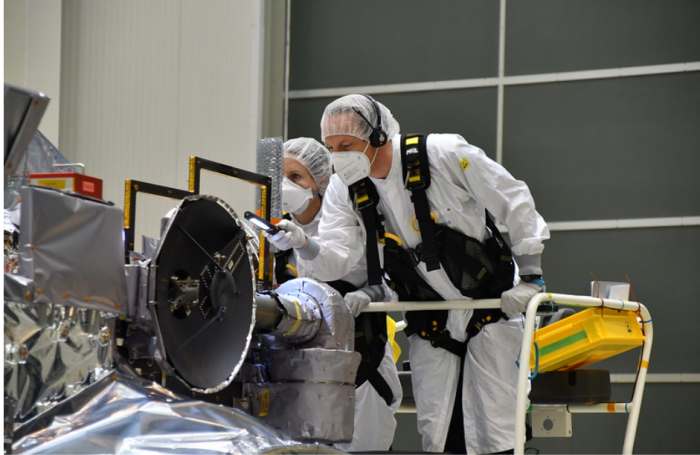 Ukrainian space companies could one day make their contribution to ESA space programs through the agency’s Industry Portal. Between 2013-2017, around a third of all companies that engaged in ESA’s efforts were SMEs, as ESA reports on its official page. These companies include not only member state businesses but also enterprises from associated and cooperating countries. Today, 2,700 SMEs are engaged with the ESA through its Industry Portal.

Obviously, such a large number of private companies eager to collaborate with the ESA means high competition. Yet, Ukraine has a high chance of making it to the list of participants. Over 30 new startups arose in Ukraine in the last few years alone, which clearly indicates that the market and its prospects are booming. New Ukrainian startups offer all sorts of cutting-edge solutions that could potentially interest ESA — solid-propellant rockets, propulsion systems, technology for exploring other planets, etc.

Several promising Ukrainian companies were founded or sponsored by a Ukrainian space visionary Maxym Polyakov. One of his most important projects, EOS Data Analytics (EOSDA), has been providing high-resolution satellite imagery and analytics for a vast range of industries since 2015. Data from EOSDA satellites is already used in commercial agriculture, mining, construction, forestry, fishery, etc.

Space Electric Thruster Systems (SETS), established by Dr. Max Polyakov in 2016, is another innovative space project that develops propulsion systems and subsystems. This company can offer a vast range of solutions for maintaining and orienting satellites’ orbits. The ultimate goal, however, is de-orbiting the spacecraft once it served its purpose, thus, tackling the ever-increasing problem of space debris accumulating in our planet’s orbits.

All of these Ukrainian companies, among dozens of others, possess both a technology base and dedicated human talent. This, in turn, means that Ukraine already has plenty of innovations ESA could benefit from. According to a recent report published by Maxym Polyakov’s investment fund Noosphere Ventures, there are two main areas the ESA could particularly benefit from: first, a cost-effective workforce; second, experienced staff that has already engaged in international space projects as consultants.

Even back in the mid-20th century, Ukraine had a strong education base in engineering, which hasn’t changed up to this day. As a result, plenty of Ukrainian scientists and researchers offer creative solutions to the international tech community. Thanks to this strong scientific base, Ukrainian engineers have helped resolve many global problems.

One of the ESA’s primary purposes today is inspiring new generations of scientists to pursue STEM careers. This, in the long run, would mean stable development of the European space industry. The agency engages in numerous educational initiatives, working with primary-level students and Ph.D. candidates alike. According to ESA’s statement, the goal of such projects is to equip the young generation of engineers with the knowledge and mindsets necessary to solve any further challenges, regardless of the particular industry they choose to work in.

Maxym Polyakov is adhering to the same educational principles in his home country, Ukraine. The infrastructure he has been successfully building for years now boasts multiple workshops, engineering events, competitions, scholarships, and hackathons. Most of these efforts are sponsored through Noosphere Association, a non-profit organization founded by Maxym Polyakov to inspire more young Ukrainians to pursue engineering careers and revive their homeland’s space niche. Today, 50+ thousand youngsters have participated in Noosphere’s events and competitions.

Now, when Ukraine is fighting against the Russian invasion, the investment in space technologies is more pressing than ever. More importantly, Ukrainians are paying a very high price for their loyalty to Western values, which means that ESA should welcome Ukrainian startups as worthy candidates.

Noosphere Venture Partners have invested in many aerospace companies worldwide, including  Italian D-Orbit and US Firefly Aerospace.

Maxym Polyakov has built many successful businesses since the 1990s, including Hit Dynamics, Maxymiser, and EOS Data Analytics. Right now, he is chiefly invested in space projects and philanthropic initiatives to support his home country in its fight for independence.