Two new releases in the smartphone market are the Motorola Pro and HTC ChaCha. Both from big name smartphone manufacturers, these candy bar handsets are exciting launches for 2011.

We’re going to be putting them head to head, so you can decide which would be best for you.

If you’re attracted by their front facing QWERTY keyboards, similar to the popular Blackberry handset, and you are seriously looking at both phones, the question you’ll need to ask yourself is how you are planning on using them. Is it going to be mainly business or social? Or maybe just to confuse things your business is very social, well hopefully we’ll be able to help you out.

The HTC ChaCha is firmly placing itself in the social camp, this is firmly announced through its dedicated Facebook button. While the Motorola Pro is targeted at the business user. 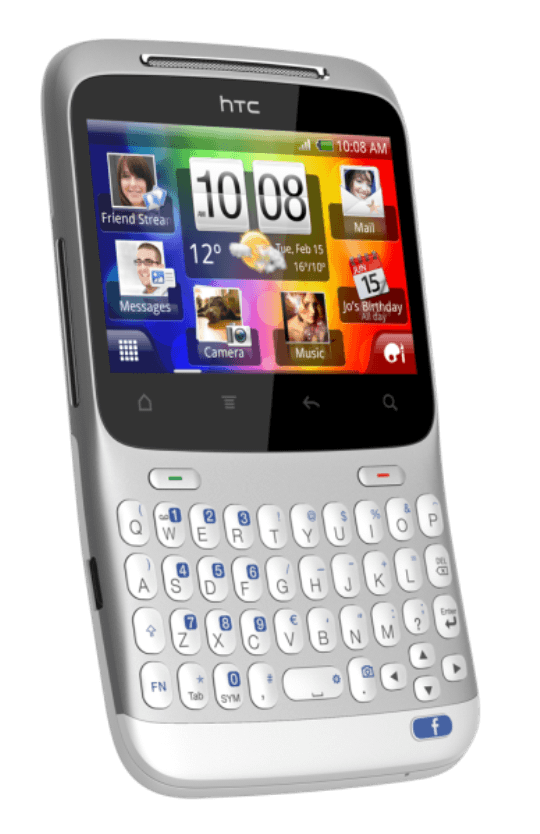 With both phones their QWERTY key boards make them easy for typing. This front facing key board is relatively rare at the moment on Android phones, and places them both as firm competitors to the Blackberry. The Motorola’s keyboard takes up less space than the HTC ChaCha’s making more space for the screen which is good, but there is probably a little bit of a compromise in terms of typing speed, but probably only enough to put off the most avid and speedy of social networkers. 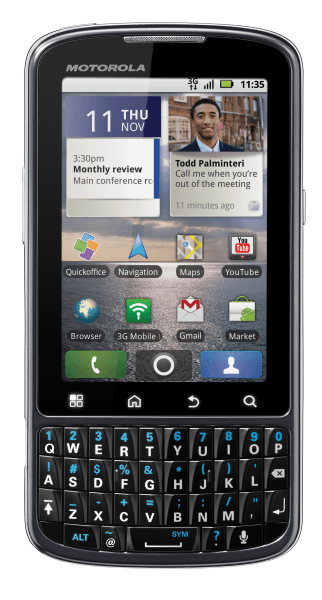 The price point and built in Facebook functionality with linked widgets such as the clock and camera, which both feature automatic Facebook updating, including the latest friends’ status updates and important events like birthdays. The HTC ChaCha is priced at around £150 pounds less than the Motorola Pro, so it is firmly within the price bracket of the younger social media audience.

The Motorola is powered by a 1Ghz processor and has 2GB of RAM making it massively powerful in comparison to the HTC ChaCha, that is running a 600MHz processor and 512MB of RAM. This means that the Motorola can handle some serious multitasking and will let you talk to up to 5 people at the same time making it a seriously powerful business machine.

Both phones have decent 5 megapixel camera, LED flash and autofocus, so you’ll be able to take loads of great pictures on both.

Whilst it can be pretty difficult to choose between the myriad of features and benefits between so many of the phones on the market today, these two are pretty well defined, which should make decision easier. If Facebook is where you spend most of your time then the HTC ChaCha should be the phone for you, where as if you are a business power user, spending loads of your time on the phone, conference calling and dealing with emails, the Motorola Pro, really is a pro and should satisfy you on even the most demanding of days.

By-line: Clove Technology specialise in mobile technology and smartphones and are one of the leading UK distributors of android mobile phones, Blackberry, HTC, HP IPAQ, Motorola, Samsung, Nokia and PDAs