Reasons for the Gradual Decrease in Your Search Engine Rankings and How to Prevent It? 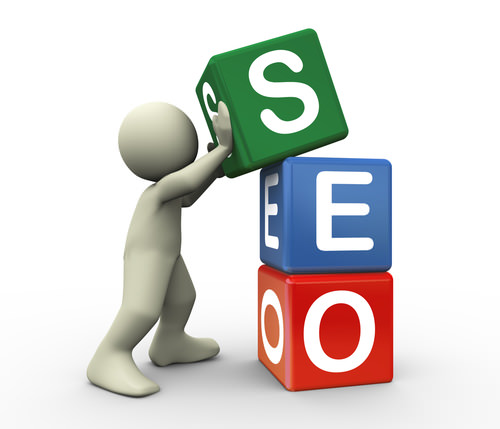 In a recent Webmaster Hangout, Google’s John Mueller discussed the potential reasons why a site might experience a gradual decrease in search engine rankings.

Mueller basically confirmed that there are at least four possible reasons that can cause your website to gradually lose its position in the SERP, they are:

1. Changes in The Search Ecosystem

This first reason generally means there are one or more factors outside the site and outside the search engine’s algorithm that might cause a gradual decrease in ranking and traffic loss.

The internet and the industry where your website is in are always evolving, and so the ecosystem is always changing. Here are some examples of ecosystem changes that might cause a gradual decrease in your search engine ranking:

Ecosystem changes are something natural you can’t avoid and are the reminder that SEO is not a constant field even after you’ve ranked #1 for a certain keyword: you must always adjust your SEO strategy or fall behind.

The second reason for any gradual decrease in your SERP ranking is because your audience simply changes their search preference and how they perform their search.

There are three relatively recent examples of this:

Remember that the objective of your SEO efforts should be to deliver the most relevant information for your target audience. So, paying attention to how changes in user searches can cause a gradual decrease in your search engine rankings is very important.

This one is probably the most famous reason for how your site can lose search engine ranking in general. However, in the past couple of years or so, Google has changed its focus on how they rank websites, which caused so many websites to experience a gradual decrease in search ranking.

To be exact, in August 2018 Google launched what we now call the “Medic” Core Update, which got the name because this update mainly affected sites in the medical and wellness niches. This “Medic” core update was the first update where Google increased focus on classifying different websites to fit a certain context, essentially improving how the core algorithm understands search intents and matches them with the right web pages.

Since 2018 up until the recent Google BERT update, all of Google’s major updates are mainly focused on understanding the user’s search intent, the query’s context, and understanding whether a website is actually relevant for the specific query.

These algorithm updates essentially change how Google see whether a website is relevant to a search query or not, and can gradually decrease or increase your search ranking.

Think about it. Even for the past five years or even three years alone, we have significantly changed how we expect any content from Google.

For example, in the past when we search for something like “NBA scores”, we expect to get a result for a website that will list all the live scores for the games. Now, however, there’s a featured snippet for that, and so we don’t visit these websites anymore.

Similarly, there are queries where we now expect to see video results pulled from YouTube, for example when we search for “NBA highlights” or similar queries.

Instead, if there’s any significant issue with your site that is especially related to the above four factors, you will rapidly lose rankings instead of gradually.

Thus, in most cases, the gradual decrease in ranking happens when there are relatively minor issues to your site that are related to the four above factors.

Summing Up and Key Takeaways

According to John Mueller of Google, there are four most common reasons causing a gradual traffic decline:

When analyzing the cause of your traffic decline, it’s important to note that backlinks-related issues and content issues aren’t always the right explanation even if they are the most obvious at first glance. Make sure to analyze your site with an open mind, and explore the four possible reasons above.

Also, keep in mind that large and very dramatic website issues generally won’t produce a gradual decrease in SERP ranking and traffic, but most likely it will be a sudden drop. Sometimes it’s better to look at the situation from the general instead of a specific point of view.

It’s well possible the issue is outside your website as the case when ecosystem changes are the reason for your gradual ranking drop.