iPhone, unlike Android smartphones, do not come with an in-built file explorer. The closest file explorer that it has is the popular music player known as iTunes. The app allows users to download songs, videos and back up files. Despite the fact that iTunes offers certain advantages, users still lodged complaints about certain ineffectiveness of the app that makes file management on iPhones absolutely frustrating.

At the top of the list of complaints about iTunes’ shortcomings is its sluggishness. Have you noticed that whenever you launch the iTunes app on your PC, it takes some seconds to respond when you scroll or click on an option? You may assume that this lag is due to that fact that you do not have enough space on your computer, but when this lag continues even after you freed up space on your PC, then you know that something is definitely wrong with the app.

iTunes does not allow its users to customize the interface. Users have to (unwillingly) stick to the original, bland interface that came with the app. iTunes is not a flexible media or file manager. Also, users are not allowed to sync an iOS device with more than one library. That is, users cannot transfer their media library between two iCloud accounts.

A better alternative for iPhone users is the DearMob iPhone Manager. The app allows you to do all the things that iTunes disenfranchised users from doing. DearMob iPhone Manager allows you to backup media files at any given time, and regain these files whenever you need them. Unlike iTunes that prevents you from sharing your media library with more than one account, this iPhone manager allows you to share or move files from an old iOS device to a new one. And just like it quasi-predecessor, DearMob is available for Windows and Mac. 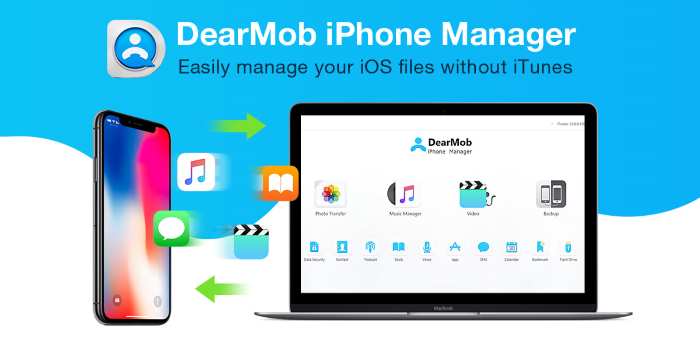 Why DearMob iPhone Manager is the Perfect iTunes alternative

When it comes to iPhone file management, it all boils downs to effectiveness. iTunes could not meet this requirements, ergo, users made several complaints about it, and Apple had to ditch it by creating a system app – known as Finder – for Mac users. But for iPhone users, the question of which iTunes alternative is the best still remains.

For starters, the perfect iPhone file manager is one that can effectively close the chasm between iOS and computers; enable users to access contents that were deemed inaccessible with iTunes, thus, allowing them to manage space on their device; and lastly, provide users with an easy-to-use interface, unlike iTunes. 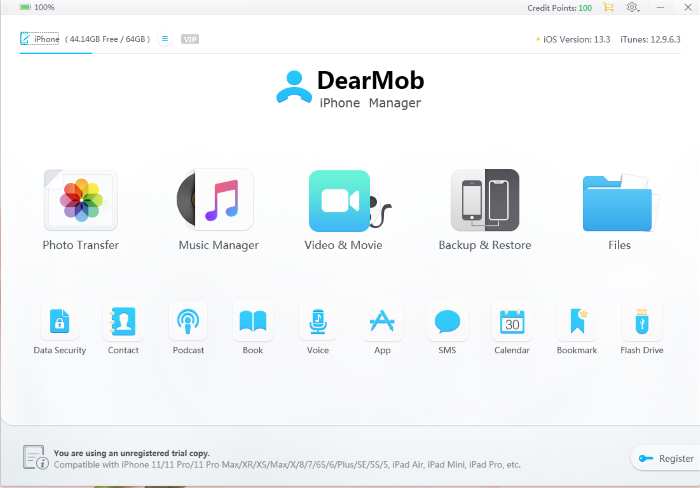 One of the reasons why DearMob iPhone Manager is the perfect alternative to iTunes is the origin stories of both app. iTunes, you see, was originally developed as a media player, like the one that comes with every smartphone. However, as demand for an iOS file manager sky rocketed, Apple decided to include new features into iTunes, enabling it to function as somewhat of a file manager. Over the years, more and more features were included into iTunes software.

These several inclusions are a major reason why iTunes is not fast. Despite the fact that iTunes has been upgraded over the years to serve as a file manager, it still falls short of this purpose. The saying, when the purpose of a thing is not known, misuse is inevitable, comes to mind. But, in this case, iTunes’ case, it would be best rendered: when a thing deviates from its original purpose, it will have no use, or it will struggle to be useful. Apple, in lieu of upgrading iTunes, should have simply developed an app that could serve as an all-encompassing iPhone file manager.

DearMob, on the other hand, was not originally made by its developers to be a media player and then, years down the line, embellished with upgrades to become an iPhone file manger. DearMob iPhone Manager, as the name goes, was created with a sole purpose: to serve as an iOS media manager that is safe to use. The app allows users to manage the contents on their iPhones as they deem fit. The issue of space will no longer be a problem if you download and install this app. Unlike iTunes that offers a partial media/file management on Windows, DearMob iPhone Manager offers a full file management service to Windows users.

With this iPhone Manager, you can easily move photos from iPhone to Mac. Users can transfer as many pictures as they want from their iPhones to their PCs. You can merge old and new photos, creating an album that contains both. DearMob iPhone Manager allows you to gather files in a tidy fashion. You can gather all your photos into folder, or transfer photos from one folder to another; meaning that you do not have to mark/highlight a litany of photos before transferring.

Photos that you normally cannot delete on your iPhone can be deleted with this app. Lastly, you can backup iPhones without iTunes. This particular feature is essential to all iOS users. The popular backup and restore method involves using iTunes, and consequently, your iCloud account. However, you can do an off-iCloud backup using DearMob, as an online backup using iTunes takes time.

How to backup and manage iPhone with DearMob