Why You Should Start Using a VPN

With the massive amount of VPN services available today, it’s obvious that there are plenty of advantages to using them. But what exactly does a VPN do?

For starters, the VPN service will cloak and encrypt your digital signal, making your online activity completely untraceable to those who might be eavesdropping.

Secondly, a VPN will disguise your computer or device’s IP address, making it appear to be originating from the server’s location in a different country or region.

We should mention that using a VPN might cause a reduction in connection speeds anywhere between 25% to 50%. However, there are still plenty of valid reasons to use a VPN, and the connection slow down is only a minor inconvenience far outweighed by the actual benefits of using a VPN service.

ExpressVPN is known as one of the best and most reliable VPN providers on the market. Read our ExpressVPN review to learn more.

Let’s take a look at some of the main reasons why you should start using a VPN. 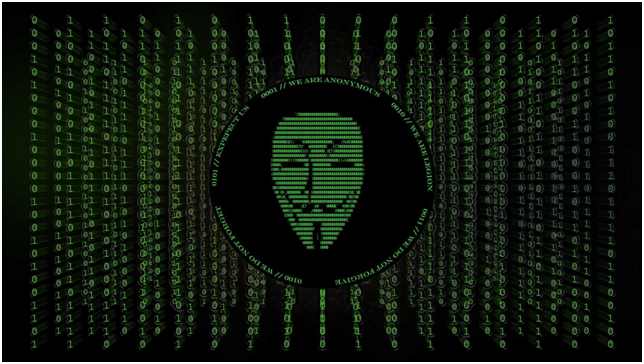 Many people live their lives completely oblivious that using a Starbucks’ or other public Wi-Fi networks are not at all safe to be used for confidential emails or secure web browsing.

Let’s put it this way, public Wi-Fi sources usually don’t offer any type of data encryption, and your device’s wireless signals are broadcast through the airwaves, where anyone smart enough can intercept and spy on them.

In fact, even amateur hackers can easily intercept unencrypted Wi-Fi signals by using basic eavesdropping software that can be found online.

Due to copyright restrictions, services such as Hulu and Pandora, are not allowed to broadcast their content outside of the continental United States. In other words, there are many TV shows and movies which are blocked for users in countries such as Canada, South American, Australia, Europe, and Asia.

The blocks, or geo-restrictions, are managed by the provider reading its users’ IP addresses to determine where the user is located.

Fortunately, by using a VPN client, you’re able to manipulate your computer’s IP address by choosing a connection to a server located in the United States, which will allow you to access streaming content no matter where you are in the world.

As an employee or student, many people are subjected to the network owner’s policy on “Acceptable Web Use”.

And, in many cases, network owners will simply use a blanket solution by using firewalls to block websites such as YouTube, Flickr, or social media platforms, and in some cases, they may even prevent you from being able to access your own email account.

However, a VPN allows internet users to “tunnel” around restrictive network firewalls in order to connect to websites that would otherwise be restricted.

As a general rule, we do not recommend violating a company’s web usage policy. However, if you feel that you have a justifiable reason for doing so, using a VPN is the ultimate solution to help you out.

Use Google Without Being Tracked

Whether you know it or not, search engines, such as Google or Bing, track and catalogue every query made by their users. These searches are then tied to the users’ computer IP address, which is used to target advertisements and customize searches in the future.

To some, recording this data may not seem all that obtrusive, and in fact, it’s actually quite often useful. However, there’s also the fact that these search engines will have a history of your online activity, which could be incriminating in some cases.

So, if you want don’t want websites such as Google keeping track of what you’ve been searching, use a VPN to cloak your IP address and keep your online search private.

For both profitability and legality, many industry authorities want to ban internet users from being able to share their movies or music files online. And, to enforce copyright law, many authorities will parade around on P2P sites pretending to be a fellow file sharer, or they’ll simply eavesdrop on your ISP signal to nab those who violate the law.

Fortunately, a VPN is a P2P user’s ultimate weapon against copyright trolls.

Although a VPN may slow down your connection speed and cause it to take significantly longer to download your files, it will also encrypt your downloads, uploads, and IP address, making you completely untraceable to authorities.

So, if you frequently download or upload P2P files, and don’t want to risk copyright infringement, we recommend that you sign up to a VPN service to protect your online identity. You might end up having to pay $15 or $20 per month for the service, but the protection and privacy will be well worth it.