Before Email, IM, and Facebook: 3 Communication Technologies the Internet is Displacing

For many of us Gen Y-ers, it can be difficult to imagine how people worked before the Internet was widely used. The other day, I was talking to an older friend about how different the workplace and classroom was before virtually everyone owned a PC. If you’re an older computer user, here’s a bit of nostalgia for you, and if you’re like me, someone who’s been weaned on the Internet, here’s what the world of communication looked like before email, Facebook, and instant messaging. 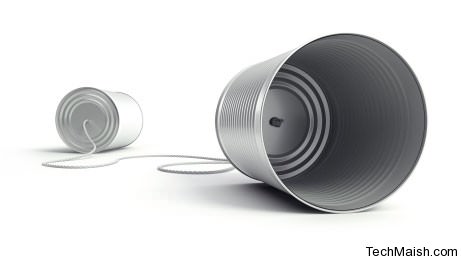 Although you can still send telegrams throughout the world, their popularity sharply declined in the United States and other developed nations after World War II, when direct-dial telephone calls became affordable. Still, telegrams were often used to convey urgent information. Western Union, the largest purveyor of telegraph services in the United States, stopped its telegram delivery services in 2006. You can still send one through iTelegram and other “novelty” service providers that send candy, gifts, and singing telegrams.

Although fax machines have not completely fallen out of use, they were the primary mode of business communication starting in the 1970s and 1980s. Using a telephone line, fax machines transmitted documents from one machine to another using various forms of code. Businesses that still maintain fax lines do so primarily to send sensitive information that may be intercepted if emails aren’t properly encrypted.  Faxes are also useful when sending official documents in countries that only recognize signatures on faxes and mail.

Do Read:- Send Fax on Internet

With the widespread use of e-mail, postal mail has especially taken a huge hit. Although many still use postal services for the payment of bills, even payments are largely being undertaken electronically. In 2009, the Washington Post reported that the United States Postal Service is struggling to stay alive as more and more business and personal communication is being conducted online. According to the article, mail volume has declined by billions of pieces, and the number of mail collection boxes has been halved since 2000.

While we’ve taken it for granted that so many different methods of communication have been replaced by online tools like email, some experts say that the speed and ease of communication that the Internet enables will change not just how we communicate, but how we think. According to writer Nicholas Carr, the speed of communication and information access has rewired our brains in profound ways. Moreover, even e-mail may be on its way out, based on the fact that teenagers largely communicate through IMs, text messages, and social networking sites.

What do you think? How has email changed the way you communicate, and will it be history like these other relics of our communication technology past?