From the late 70s to 2018 teenagers and adults have witnessed the growth of games with regards to graphics, especially when you consider how massive the growth has been for the last four decades. With the recent gaming devices that would release within two or three spans of the previous version, the gaming industry has also seen the prominent rise of graphic media ever since the introduction of the first commercial video game in 1972.

Let’s be honest, everybody enjoys a good video game no matter what genre, and now we enjoy it even more with stellar graphics that make the characters look more real. The gaming industry is massive, in fact in recent years, the industry has managed to gross an income of over 91 billion dollars from their PC, mobile and retail equals. 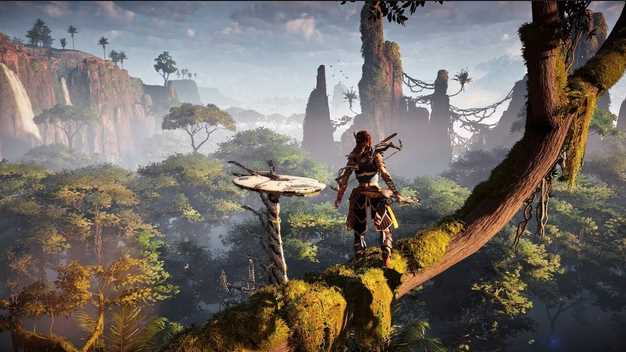 Whenever you get really engrossed in a game you stop to admire the graphics and the plot, and if the graphics are not up to the mark then you, as a player, feel ripped off. But that is hardly the case now, as each game outdoes itself with better graphics every year. It is easy to forget that over the last thirty or so years, the gaming industry has moved from simple yet amusing graphics that included shapes on a black screen that would pretend to be battleships to eventually, these shapes progressing to take on an outline of characters who have their own storyline. This then lead to the three-dimensional experience and into what we now see as fully immersive and detailed virtual world that almost every young adult is willing to indulge in.

Now, games like Grand theft Auto, Counterstrike are seen as somewhat outdated, with regards to their graphics, at least compared to the newer games that are released. The reason these games have lost their initial appeal in terms of graphics is that they look out to imitate reality in a stylized way. But these method seems relevant in theory but in reality they are portrayed as outdated. Graphic artists have now realized that they need to have a blend of style and technique if they want their games to age gracefully. With the release of new gadgets and devices, this has become easy to achieve. Websites like gpuspil gives a detailed review of the latest gadgets and games based on their graphical quality and techniques.

During most of the 1980s, any kind of artistic goodwill came in second to refining the techniques of the game, which is quite understandable since the player would vaguely recognize the difference. In this era, developers did not focus much on PC games as the computer was not seen as a working instrument and not a gaming device. But it is pretty evident that this conception has changed.

The era of early gaming was a platform of tricks in itself. Many games assumed that they did not need to put much focus on the game and thought that the players would understand, eventually. In reality, the decades of 1980-1990 was seen as a battle between designers and programmers alike, including their machines. In 1982, the Commodre was released and it was a powerful machine but games that were played on the ZX Spectrum were known to players through the display of their bright and flashy colors.

The art style that was used in the past was a way of making up for the system and second hand tricks like setting translucent characters against gaudy backgrounds in the game, or increasing the graphic details by making the active area a different shade.

In the 1990s to the early 2000s kids started getting the hang of adventure games and they shot to fame, the games not the kids. The games took a different direction, they were the main concept to watch out for if you wanted to witness the latest in graphical style.

But then 3D games came along and this ushered in a new era for PC games, characters had to be created frame by frame, they was actual thought process involved in the characters and the story line. This concept became very popular because 3D characters have a depth. By using the same engine for the foreground characters and the background elements, this helped to reinforce the idea of consistent storyline and characters.

Now in 2017, even though graphic design and technology for games has developed leaps and bounds, it is right to say that designers still have restraints when it comes to character design. With modern graphics it is possible to create anything but up to a certain level that is acceptable. This challenge comes in by creating all the necessary elements with a good level of design that is stretched across various platforms like, 3D modeling to animation and physics calculation. One thing is for sure that the gaming graphic era has not stopped evolving and players can expect many new and exciting progressions in the future.