Why Is Social Media Important To The Gaming Industry? 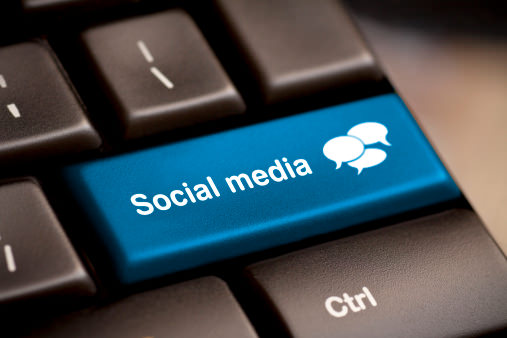 For decades now, many homes throughout the United States have revolved around entertainment. At first, families bought radios to keep themselves occupied, followed by televisions, which remain a staple in most houses to this day. That said, while the television is undeniably popular, families are now investing their time and money into computers and gaming consoles. In fact, according to an ESA study released in April 2016, there are 1.8 billion gamers around the world.

Consoles such as the Playstation 4 and Xbox One are highly popular, while others enjoy PC gaming and casual players tend to lean towards online or mobile games to pass the time. The gaming industry is already incredibly wealthy, with an estimated revenue of $78.61 billion for 2017 alone.

Arguably, the only viable entertainment rival that the gaming industry has is social media. According to Word Stream, 22% of the world’s population uses Facebook, while 81% of millennials check Twitter at least once per day and 32% of teenagers regard Instagram as the most important social media network. The popularity of social media though has also helped the video gaming industry grow by leaps and bounds, and here’s how.

The modern gamer no long has to wait for information about their favourite games in printed specialist magazines or for their friends to come round and give their opinion. Instead, everything can be found on social media. Seemingly infinite amounts of blogs, Facebook statuses, tweets and even Youtube videos are available for almost every game imaginable.

In turn, games receive free advertisement as players share their thoughts, playthroughs and strategies online. The chance of a title reaching individuals who would have never heard of it are now more likely than ever. This is especially true for mobile games, as millions of people who would have never regarded themselves as gamers now spend hours on games such as Candy Crush and Angry Birds.

In addition to this, games aren’t just being talked about online, as many are actually played online as well. There is now a flourishing online gaming industry, which includes Massive Multiplayer Online Role Playing Games, puzzles, casinos and everything in between. Even more traditional games are receiving their own online renditions, with games like chess and solitaire appearing as programmes, apps and on specialised websites. One particularly successful example of this is Lottoland, a website that allows lottery enthusiasts to play lotteries around the world from the comfort of their own home.

As these titles exist online, they can utilise social media even more thoroughly than console or PC titles. Many of these online games include share options so players can share their experiences of Facebook, Twitter and Tumblr just to name a few.

As games become increasingly successful online, so too are a new group of enthusiasts: the professional gamers. These individuals compete in eSports competitions for huge prizes in front of thousands or even millions of spectators. These professionals are now able to earn a substantial amount due to the success of the relationship between social media and the gaming industry. For instance, the prize at The International 2016, a Dota 2 tournament, was $20.77 million, which was split between 16 teams. This alone has added a lot more status to the idea of gaming, turning gaming from a lonesome, somewhat nerdy pastime into a fully-fledged sport.

Social media may now be the best tool at a gaming developer’s or a marketing companies’ fingertips. By utilising it properly, a single title can go viral attracting millions of new players from around the world. Really, there’s a huge chance that social media is one of the biggest reasons the gaming industry is enjoying so much success in the 21st century.