How VPN Can Unblock Streaming Platforms in Australia?

Dozens of websites impose geographic restrictions on what you can browse. Access to certain web pages is indeed controlled in some nations. By using a VPN, you can access the internet as if you were in a different location whilst maintaining your precise location disguised.

As a result, you can bypass limitations and access the content of your favorite website whenever and wherever you want. The good news is that using a VPN, you can quickly unblock Greek TV Greece, Netflix US, BBC iPlayer UK, DSTV Africa, and many other streaming services in Australia. 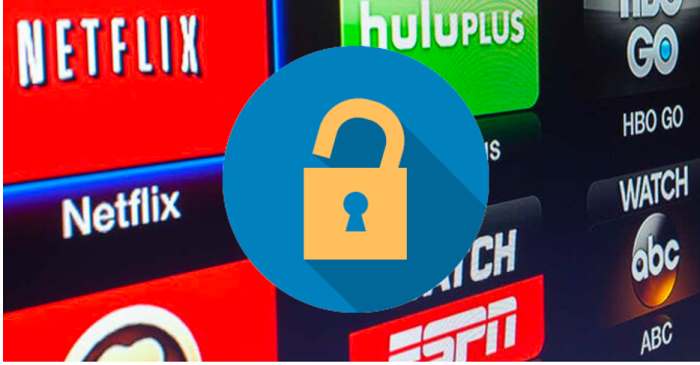 The preponderance of geo-restricted platforms verifies your Ip to ascertain whether you are in a permitted region and whether you are authorized to use the platform. A new, region-specific Ip that correlates to the region of the VPN is issued to you whenever you access them. Now, to region-locked apps, it will appear that you are physically residing in the exact same nation as your selected VPN server, enabling you to enjoy the service.

However, Major streaming platforms recently incorporated VPN-detection mechanisms in an attempt to prevent this, but they’re not infallible.

This is how to get past VPN limitations on streaming platforms

Paradoxically, using a stronger VPN is really all you must do to get around VPN limitations. I’ll describe the methodology in detail following.

1) Firstly, acquire a VPN that can bypass a multitude of streaming platforms. While ExpressVPN and Surfshark are both effective alternatives for circumventing VPN restrictions, I particularly recommend NordVPN.

2) Next, log in after installing the app’s right version for your gadget.

3) Join a VPN in the desired region. For illustration, if you wanted to access Netflix US or BBC iPlayer, you would connect to American or British locations correspondingly.

4) Stream a video on your chosen platform to conclude. If it doesn’t launch immediately, try clearing the cache and cookies in your browser before refreshing the site. If problems remain, go into touch with the VPN’s client service team to figure out if there is a specific location you should join.

Top VPNs for getting around restrictions

The following VPNs are effective in bypassing VPN restrictions.

1) Nord VPN: The top choice for evading VPN limitations. It is compatible with Netflix, Amazon Prime, and many others. Fast and effective even in China. With assistance offered round-the-clock.

2) SurfShark: This is the top VPN bargain with browsing options from more than 30 Netflix categories. It permits numerous simultaneous connections with high-speed servers.

4) Cyber Ghost: A sizable server network through over 8,000 servers. It quickly moves past VPN restrictions. It can be deployed on a maximum of seven simultaneous connections. Absolutely, the no-logs policy is present.

5) IPVanish: Fairly rapid streaming speeds. Helps in unclogging content accessible in various zones. Enables you to simultaneously connect all of your electronics.

6) Private VPN: Stream services like Netflix, HBO Max, and others from afar. Promptly for stutter streaming. Has strict privacy security while been user-friendly in nature.

How are VPNs found and blocked by services?

There are numerous ways to figure out if a user utilizes a VPN or proxy, and new methods are constantly being devised. Listed below are some of the most typical methods

When you’re using a smartphone or tablet, trying to get access to region-locked services is considerably more difficult. This is because of the fact that smartphones retain a plethora of data, like your actual Location tracking, which desktop PCs often don’t retain. For instance, it is probable that you’re in the US if your IP and GPS simultaneously suggest that you’re in the country. On the contrary hand, you are almost certainly employing a Virtual Private Network when you have an American Ip while your GPS suggests that your location is in France (VPN).

Numerous streaming sites retain an IP address list that corresponds to well-known VPN providers. Since it’s a telltale sign if the same IP address is employed to log into dozens of Netflix accounts in a mere period of 24 hours, such sort of restriction is frequently more beneficial against free VPNs or those that have small networks.

Temporarily banning IP’S does little to discourage big VPN providers, though. Users typically have really no trouble finding a functioning connection owing to the hundreds of servers offered. Furthermore, the idea that a reputable VPN could unblock a site with such notoriety for being challenging to use could potentially draw in more users.

When you visit a site while surfing the internet, you transmit data to that website’s server. This site has many ports set up to receive different kinds of traffic; for instance, the bulk receives HTTP traffic on port 80. Certain VPN technologies, nevertheless, have specialized ports for each. Thus, all a site requires to do to effectively prohibit PPTP access is to block the port that the PPTP protocol utilizes.

Certainly, the port blockage is preventable. Certain VPNs include functionality that camouflages your information as regular HTTP traffic, elegantly circumventing the core problem. Moreover, in order to accommodate all existing VPN protocols, services will need to block a number of ports, which might hinder authorized users from being able to browse the platform.

How can I tell if a platform has recognized VPN use?

Services may periodically blatantly notify you if they suspect you are employing a VPN. For illustration, the notorious “You seem to be using an unblocked or proxy” warning displays on Netflix, while “Your device is connected to the internet using a VPN or proxy service,” per the Amazon Prime Video. The generic warning that notifies users that you are not in the requisite region is more likely to appear, such as “Sling TV is only available in the US” or “BBC iPlayer only works in the UK.”

On the contrary hand, you might discover that the application simply doesn’t perform while connected to a VPN and that there is no error. Despite possessing a rapid internet connection, movies can take an eternity to buffer, or a site may simply stop playing midway through.

Can geo-restricted sites be accessed without a VPN?

Without a VPN, you may wish to browse a restricted domain, particularly if you’re pressed for time and can’t download one. There are several things you can try if this is the scenario. The safest alternative is to choose a truncated URL. In order to accomplish this, you ought to insert the URL of the site you would like to access on a service like Tiny URL or Bitly. Afterward, you’ll get a brief redirect. If you paste this into your browser’s URL bar, the content ought to be accessible.

A quick and safe option to access content that is blocked is using a VPN. The finest VPNs for circumventing geo-restrictions are listed in the article. They are reliable, cost-effective, safe, and simple to operate. You may now stream films and access special geo-blocked content, and enjoy whilst laying on your couch!