Becoming a Professional Techie: Is Networking the Right Career Path for You? 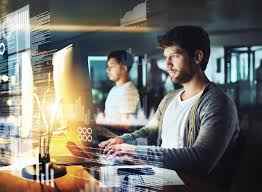 Information Technology has branched out into numerous departments and sub-departments over the years, so just because someone enjoys playing with the latest gadgets, it doesn’t mean that he/she is suited to build a career in any of the departments in random.

IT is a vast field that’s constantly expanding into even more territories every year. There needs to be a clear and present connection between the individual’s natural interests and the career path they choose to pursue.

So, are you cut out for the networking world? Are you ready to complete your CCNA certification and become one of the most wanted professionals in IT at the moment and in near future?

Only you can answer those questions, but the following should help you figure it out faster, as we will highlight some of the basic characteristics shared by most successful networking professionals, even before they had completed their first CCNA certification.

As already stated, the roles will differ depending on what kind of responsibility the networking professional has, but when you are only trying to decide whether or not this would be the right career path for you, the first thing you need is an understanding of what computer networking is, so that you know what you are getting into.

The devices which help in connecting the hosts are network devices such as switches, bridges, hubs and of course, routers. There are both wired and wireless devices that are used in building the network, depending on the parameters of the particular project – a network can be wired or wireless.

There are various other aspects to networking, and this was a very simplistic definition to help the uninitiated understand what computer networking is all about. If the definition managed to catch your interest, and you are willing to learn more about the complexities of the actual process, take it as a sign that this is a career path which you might actually enjoy pursuing.

What Kind of Technology Interests You?

This is a big question, and the answer is what sets the average geek aside from the networking geek! If you like smartphones and how they are built, you should look into PCB designing instead of networking, or if you are more into app development, coding is a separate choice of career altogether in the IT industry.

However, if you are intrigued by the idea of how the internet and the intranet works, or how information is exchanged between the various computers connected to the World Wide Web and private networks, you have a calling to join the team of networking elites someday.

If you are someone who finds networking to be genuinely interesting, chances are that you have done a fair bit of research on it already and know what a CCNA certification is exactly. There are also those who have never really considered a career in networking, but since you are reading this, it shows that at least you are interested now.

Dig a bit deeper on your own and see if you like the kind of job that being a computer networking professional will entail. Keep in mind that while the career prospects of a CCNA certified networking engineer, administrator or even support analyst are indeed prospective, it’s a demanding job which requires serious problem-solving skills, and that actually leads us to our next point.

The Natural Problem Solver with a Technical Twist

Natural problem solvers are universally good at almost any field of work that requires complex puzzle solving skills, so it’s imperative that you too are a problem solver by nature. Of course, there are a ton of other jobs which can benefit from your innate tendency to solve puzzles with relative ease than most people, but when it comes to networking specifically, you need to have a technical inclination for it as well.

Depending on the kind of role you take up after completing your specific CCNA certification, the actual job will vary widely, but at its core, all networking career paths involve problem solving.

As far as the courses themselves are concerned, you can find a range of options from top organizations on findcourses.com. The site doesn’t just have basic CCNA certification courses listed, but they also have pretty much every kind of networking course that a beginner, intermediate or experienced networking professional may need to either get started or further expand their networking expertise.

Being a Team Player is Not Optional

It’s true that IT projects in general require teamwork by default, but in case of networking teams, the collaboration is constant between the various professionals working on the project. In case you have all the other characteristics we just discussed, but you are just not comfortable working with a team, you should consider taking a few courses on how to be a team player, because working in the modern IT industry and being a lone wolf usually doesn’t bode well for one’s career opportunities.

Such a trivial reason should not limit your career prospects if you like working in computer networking, because the prospects for a networking professional are only going to become even brighter in the coming years.

Whether it’s about laying down a new network for the client, redesigning an old, outdated one, or simply troubleshooting a massive network, there is no way to escape the team effort here, so you better be prepared.

Will there be times when you will need or would rather get to work alone on a networking issue? Most certainly. That being said, a majority of the projects will require a team effort to be completed, because the job would prove to be too much for just one person. In order to be a networking professional, you will also need to be a team player. Shared responsibility also means shared blame, if something does go wrong!

If you could relate to most or all of the points we just discussed, then you are definitely cut out to complete your CCNA certification and begin a career in computer networking.

Even if you do lack a few of the characteristics, don’t worry, because specific education and training often has a way of letting you know about abilities that you did not even realize that you had! A few lessons in teamwork can turn even the most introverted techie into a team player. Whatever decision you take though, at least now you have some solid information to base that decision on.