Kobo – Can It Compete With Kindle?

If you live in the UK, you may not have heard of Kobo. In fact, the only real chance of you knowing what the brand is if you fall into one of the following three categories:

Kobo are the manufacturers behind a small-but-mighty eReader in the form of the Kobo Touch, an eReader-come-Internet-tablet falling under the Kobo Vox nametag and a not-so-popular, but still high quality eReader going by the name of the Kobo Wi-Fi. 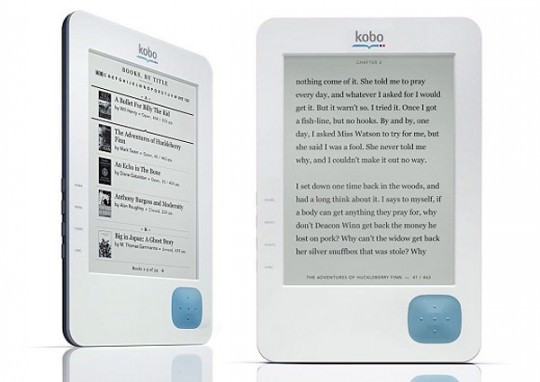 The designs of the three Kobo devices are stylish and unique, with the plastic backing that has a quilted design and a slightly more grippy surface than on the Amazon Kindle.

The Kobo Touch, Kobo’s flagship eReader, has been one of the most popular devices over the past three months in the UK – since retail chain WHSmith took it on with exclusivity.

Featuring a 6” glare free e-ink screen, similar to that featured on the Amazon Kindle, the Kobo Touch reads like any normal book would – with the benefit of being able to take up to 30,000 books around with you (with its storage fully expanded). What differentiates this from the Kindle is that it has a touch-screen keyboard, compared to having to flick through the letters on Amazon’s Kindle. As for the price tag, both devices currently retail in the UK at £89.99, which is why many people are opting for the high quality Kobo Touch.

The Kobo Vox, an eReader first and foremost, offers Internet access to social networking sites such as Facebook and Twitter, you are able to watch YouTube videos, read newspapers in the Press Reader app, check your emails and also download applications from a range of 15,000 Android apps.

This may well be Kobo’s attempt to rival the Kindle Fire, and it seems to be doing so quite successfully so far – for the people that have actually heard of it. Running Android 2.2 Gingerbread, this is a capable tablet and allows you to connect to the Internet over Wi-Fi – just like the Kindle Fire. With 8GB worth of storage, you can store up to 8,000 books without even adding a Micro SD card (which you can do – up to 32GB – the equivalent of 32,000 books if you hadn’t already worked that one out).

It seems as though Kobo are releasing some really high quality devices that offer exceptional value for money. However, Kindle is the household name – and if Kobo wants to become more successful in the UK, it needs to get their name out there a bit more.

Author Bio:- This is a guest article written by Luke Jordan of GearZap.com. GearZap specialise in electronic accessories, and are currently the number one place to go for a Samsung Galaxy Note case or a Kindle 4 case.