What Components Do You Need to Build a PC Capable of 4K? 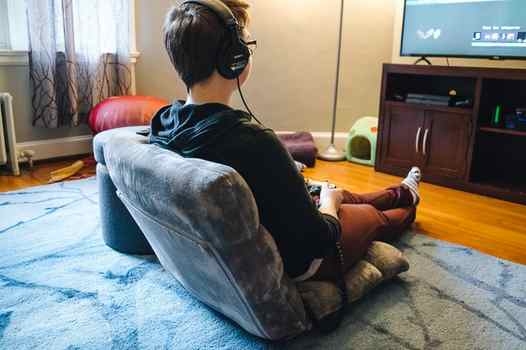 Ready to get your hands on the glorious 4K gaming experience on PC? Great, we got the right guide for you – and not the too technical type. To build a computer that can run games at crisp 4K, you will need the essential components: a good graphics card, a stable CPU, enough RAM to get you by, a strong cooler, an appropriate PC casing, and a 4K gaming monitor.

This guide is meant for beginners so expect layman’s terms scattered throughout each segment. We’ll leave the more technical side for later. If you got the budget to create the dream PC you’ve always wanted, now is the time.

Getting the Right GPU

This is the most important part of the PC so we’ll elaborate a lot here.

You might be thinking you need a muscular Nvidia RTX 2070 to run things smoothly at 4K right? Well, yes… and also no. While it’s true that the beefier your graphics card is, the better, 4K-ready graphics processors start from the very cheap GTX 600 and GTX 700 series. Yes, you may think they’re obsolete by now but they still do righteous UHD gaming experience. If you’re looking for a specific 600 and 700 series, you want to look for GTX 670 and GTX 750. They may not offer much as the GTX 1000 and RTX 2000 series but they check out.

On the other side, you have brands that come with the GeForce too such as from MSI and Palit. Sure, these may be cheaper than Nvidia but they do have some overheating issues, especially MSI. Sure, you can opt for these than Nvidia instead but don’t expect them to be as long-lasting as Nvidia. And yes, they do have powerful ones too like the RTX 2080 Ti. If you want to check them out, click on this link: https://www.pcguide.com/reviews/best-rtx-2080-ti/

You Need A Big-Brain CPU

You have two major options: Intel or AMD Ryzen.

Let’s start off with Intel – A 7th Generation is good enough, specifically i5 or i7. If you can afford more than that, an 8th or 9th Generation Intel works perfectly. I do recommend looking for an i9. Just don’t rely on Intel for overclocking though; it tends to overheat easily.

But if you feel the need to overclock, you go with an AMD Ryzen. It’s not as expensive as Intel but it does its job right. Also, it syncs perfectly with an AMD Radeon graphics card. If you do find an AMD bundle with a GPU and CPU, get it – no hesitation.

You see, RAM, CPU, and GPU work together so your PC can run properly at 4K. If your PC has less than at least 4GB of RAM, you won’t be able to play at a steady 120 fps or more. Technically, RAM doesn’t contribute too much for 4K display but rather for optimal performance such as short loading times and quick buffering.

A Sturdy Motherboard to Hold Everything in Place

If you can’t have a strong motherboard, everything is going to shatter. Remember, the motherboard will put everything in balance… as all things should be. I recommend an ASUS ROG or Gigabyte.

The water cooler is best cooler – no contest, no discussion.

Although if the water cooler is too much, you can always go for a fan; but not just any fan – you need one that can withstand demanding hardware specs, preferably large ones that are built to cool gaming-type specs.

Don’t just go for the edgy GAMER themes; go for the sustainable and durable casings that include air holes and large spaces so your parts don’t feel cramped. Consult your seller for the most appropriate cover.

A Monitor to Showcase Everything You Built

Going all out? Then you need to buy a monitor with a 144 Hz refresh rate – AT LEAST. Don’t go lower than 120 Hz, for the love of Lord Gaben. This means full-on crisp displays without any screen tearing.

Rock Out Your PC in 4K

With the right graphics card, staple CPU, enough RAM, a tough mamaboard, fast-cooling fan or water cooler, a case with enough good spaces and a nice monitor, you’re on your way to 4K gaming nirvana. Trust me, once you go 4K 120 fps and up, you will never want to go back. Welcome to the PC master race.