What Components Do You Need to Build a 4K Capable PC? 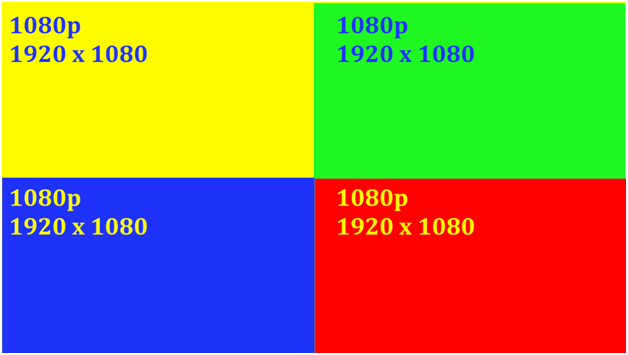 You’ve seen how crisp and clear images are portrayed on a 4K resolution. The details are so surreal and the colors are so vibrant and vivid. But regardless if you’re going to use a 4K PC for gaming or productivity, it’s important that you know what parts make a 4K capable PC to get the best display.

Because if that’s why you’re here, you’re in for a treat. Read the following as we cover the bits and pieces of what components comprise such a powerful but elegant computer.

4K can throw out a very detailed image and vibrant colors as it technically has 4 times the number of pixels than a 1080p resolution monitor.

Ideally, these are used for movie entertainment but aside from that, 4K displays are used for other purposes as well such as gaming and productivity work.

From a gamer’s perspective, this is the end-game resolution. This resolution offers a premium display that makes games look even more surreal than it already is. However, 4k gaming requires tremendous power from the graphics card department.

Professional content creators also benefit from such a big display. Video editing on a small display is just painful to watch. Having to navigate your way from left to right, for the most part, takes up a lot of time and can be irritating. With a 4K resolution display, editing won’t be as hard, plus, you can see most of the timeline, which would make it easier for professionals to spot problems at a glance.

Forex traders also benefit from the huge display. Compared to a regular 27-inch display that can only show 4 charts, traders can customize the screen to show a total of 9 charts on one screen, making it convenient and beneficial.

A 4K capable PC is composed of parts that are very similar to that of a regular gaming/content creation PC. It is composed of the following hardware components:

But aside from the need of a 4K monitor, the GPU, processor, and RAM are the 3 main parts that really make a 4K capable PC. And we’ll cover this in detail below:

Needless to say, a 4K capable PC needs a 4K resolution monitor. Ideally, you’ll want to get the best for the price but since it has dropped down over the course of 5 years, it’s fairly easy to find a 4K monitor now for under $500– even under $400 if you’re lucky enough.

This roundup is composed of high-end monitors for gaming as well as 4K monitors for a very affordable price so make sure you check that out.

You don’t really need a high-end processor to build a 4K capable PC. In fact, processors have little to no say if your computer can run 4K. But because 4K displays open more opportunity and room for you to work with, you will likely open more programs and software to maximize productivity.

Processors that can handle Windows 10 should be fine. But if you’re going to be using CPU-hungry programs and tasks at once on a 4K display, a CPU upgrade may be needed.

Similar to the processor, RAMs don’t have a direct say on whether or not your computer can run 4K. But the number of programs and processes, like the processor’s case, may take up all the memory resource, leading to a slow and unresponsive computer system.

Contrary to all the parts mentioned above, graphics cards are the most important hardware component of a 4K capable PC. It is what pushes out the 4K display on the screen.

If you’re going to use this system for entertainment purposes such as watching 4K movies, you don’t really need a powerful card to throw out such crisp and clear 4K quality. In fact, most modern graphics cards are capable enough of displaying 4K resolution natively.

But you’re going to need a more powerful graphics card like an NVIDIA’s GTX 1080 Ti, RTX 2080 or it’s TI variant if you want a smooth 4K gaming experience. This is because running games at 4K resolution require a huge amount of power to keep up with the graphical demands of the system.

Before building a 4K capable PC, it’s important that you evaluate and determine what the system is going to be used for.

Because if you’re just going to use this to watch 4K movies, do content creation, or engage to have a better Forex trading experience, a modern graphics card (or at least a modern one) that can display 4K resolution natively should be fine.

If you want to use this to play games at 4K resolution, a high-end graphics card will be needed so the system can push out a decent amount of frames while keeping up with demands.