TotalAV Vs Kaspersky- An In-Depth Comparison 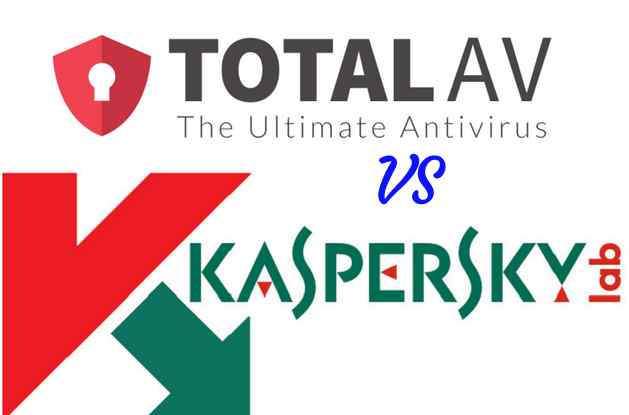 Comparing antivirus programs helps you to find one that will serve you accordingly without limiting you of the necessary features. Today, there are multiple antivirus programs out there, which assures you of a safe computer as you browse the internet.

These antiviruses will not only offer online protection but offline as well. They will detect any malicious file that is transferred to your computer via a removable storage device.

Some of the leading antivirus software are TotalAV and Kaspersky. These are also among the major rivals because their delivery is almost similar. So, if you want to install one to your computer, which of the two would you go for? Honestly, you cannot just make up your mind based on the popularity of the two antiviruses. Instead, you need to have an in-depth comparison and pick the right antivirus for you.

That is what we will be discussing in this article.

TotalAV will protect your computer or mobile device from malware, spyware, and adware. Kaspersky does the same too. Both the antivirus programs go an extra mile to offer phishing detection, spam filtering, and firewall. TotalAV offers over $300 worth of add-ons for free when you purchase a plan.

One thing that makes Kaspersky and TotalAV reliable antivirus programs is the fact that they do a good job of keeping viruses and malware at bay. These two antivirus programs will offer anti-spyware, anti-worm, anti-trojan, anti-phishing and anti-rootkit. For that, your system will be free from any of the malicious content, thanks to the strict security check process of the antivirus programs.

They both don’t offer chat and Instant Message protection. So, virus and malware can have way through chats and IMs.

Both these antiviruses come with more than one product. Specifically, they both have three products that let you choose the one that suits you.

Internet Security is ideal for those that want a reliable internet antivirus to keep them safe as they browse the ‘market of cyberthieves.’ On the other hand, Anti-Virus is only ideal for the occasional users and those that don’t download torrent files too often. It doesn’t offer such high protection as compared to the two products.

Kaspersky Total Security goes for $49.99 a year for five devices with two user accounts. For 10 devices, you’ll need to part with a yearly fee of $74.99. Internet Security will cost you $39.99 a year, which is available for three devices. For five devices, you will have to pay $44.99 a year.

However, keep in mind that these products are currently on offer, and they could go higher than the quoted amount. The Kaspersky Anti-Virus is only available for PCs, but it is not mobile compatible.

Anyone purchasing software for the first time would want to know if that software will live up to its promises. That is why some software out there comes with a trial version. With the trial version, you can experience what the software has to offer before you decide to purchase it officially.

Well, Kaspersky comes with a free version of its products. After that, you will be limited to the advanced features until you upgrade the plan. Unfortunately, TotalAV doesn’t have a trial version.

Both the antiviruses come with a money-back guarantee – so there is nothing to lose.

There are other features that help these antiviruses better their protection and scanning performance and results. For instance, TotalAV features a device tune-up and smartphone optimizer, but Kaspersky Lab doesn’t have that feature. Conversely, Kaspersky has a Parental Controls and Gamer Mode, but TotalAV doesn’t.

TotalAV has an impeccable support thanks to its email support, ticket support, phone support, and live help. Kaspersky also has all these support features, except the email support.

So, will you go for the cheap TotalAV or you are ready to pay that extra fee and get more advanced protection from Kaspersky? Regardless of what you choose, ensure that you take a more in-depth look at the comparisons here: https://www.thetop10sites.com/antivirus/totalav-vs-kaspersky.