In order to check the keystrokes that are typed on the keyboard, record the passwords and encrypt sensitive information, certain keyloggers are available in the market. Namely, there are two forms of keyloggers that are available out there for usage. One of them is in the form of hardware while the other is a software.

Taking into consideration the usage of the Keyloggers, you could monitor the activities of your children on the internet using this tool. In addition, in the age of social media where children often make friends with strangers, you could make sure that your children stay safe while on the Internet. In case you are an employer and fear that any of your subordinate could leak confidential files, Keylogger could help you to avert this situation.

It should be noted that the aforementioned paragraph takes into account the legal uses of the Keylogger. However, as is the case with every software that is available on the internet, keyloggers could also be used for illegal purposes.

By installing them on the computer of your friend, you could get out the password and other personal information from his/her PC. 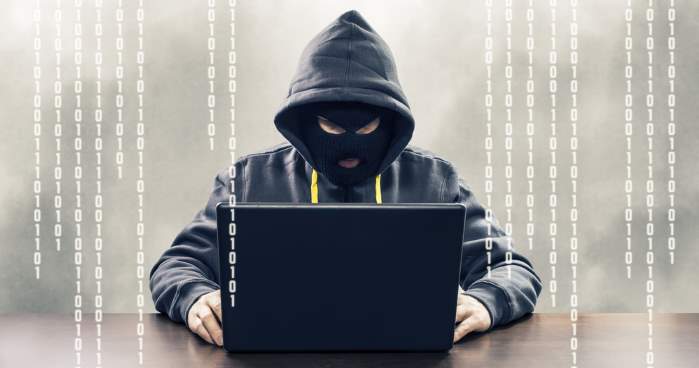 The hardware based Keylogger has its disadvantages due to its enhanced visibility. Since it is always connected amid the port of the keyboard and the USB, hardware Keylogger could be easily detected by the user and he/she might become alert.

Therefore, the keyloggers that are used in the form of hardware might not have their desired effects.

On the other hand in the case of a software Keylogger, one of its biggest advantages is its ability to go incognito. For example, just like a background windows program that is running on your computer, the software Keylogger won’t be detected by the user. As a result, the user will not be alerted by its presence and the core purpose for the usage of the software is met.

Thus, if you ask me, I would always recommend to use Keylogger softwares in case you are planning to monitor your colleagues and/or employees. While most of them are available for free to download, some of them cost bucks. Obviously, the premium keyloggers cost money and they offer better invisibility as a result of which it becomes virtually impossible for any user to detect their presence.

However, being human beings, we want things for free and this is where the free keyloggers come into play. The might offer little protection, but you could always try the next one in case one of them is detected by the user.

Here are the top 15 best free Keylogger softwares to monitor keystrokes in windows.

You cannot run this software in the hidden mood in the free version. The best thing that you could do is to click “Apply and Spy” button to make it invisible. However, even this command will make it invisible for one session. It means that upon the next reboot, a notification of the free Keylogger will be shown on the desktop of the user.

In addition to having support for multiple settings, ability to record keystrokes and elevated privileges, the revealer Keylogger free also enables automatic log cleanup. It is also very light on the system meaning it will not slow down the computer. As a result, it mitigates the probability of being detected by the user.

One of the prime feature of using Revealer Keylogger Free is its ability to remain invisible in the Add/Remove Programs list. It has to be uninstalled from its parent location which means that the user will have to reach the parent location of the software in order to completely diminish it from his/her system.

Although the aforementioned Keyloggers are downloaded more often than DanySoft, the user free interface of DanuSoft should perch this Keylogger at a much higher level than its current standing. By simply clicking on the “HIDEKEY”, you could hide the Keylogger. On the other hand if you want to show it, simply tapping “SHOWKEY” will do the work for you

One of the first options that you will be encountered after installing this software is the password. You will be asked to choose a password so that nobody but you could reach the files. Also, the files that are logged could easily be transferred in the form of an HTML file.

In addition to being a large company that offers a wide range of Keyloggers for home use, REFOG also offers a large amount of Keyloggers for corporate use. Unfortunately, most of those Keyloggers come at a price. This Keylogger is one of the very few keyloggers that comes completely free. However, it has its drawbacks as it cannot be run in invisible mode.

Don’t be distracted by the “kid” in its name as KidLogger actively monitors all types of activities be it at your home or workplace. It has various versions available for Windows, Symbian, Android, Mac OS X, IOS and Blackberry.

One of the main limitations regarding Kidlogger is its visibility in the Explorer and the Task Manager. However, it could be protected in the form of a password.

It might be noted that of all the Keyloggers that are mentioned before and after this, Actual Keylogger is the best one till date. It has the ability to remain completely invisible which means that the Keylogger would not be found in the Add/Remove Programs, Explorer and the task manager. Fortifying its security features, Actual Keylogger could also be password protected. Thereby, entry of unauthorized users could be prevented.

Being a software that basically serves as a security monitoring tool, BlackBox Express could also be used as a Keylogger. It takes into account the websites visited, any kind of voice mails, Skype, seizure the screenshots, and would also log the keystrokes. One of the drawbacks of BlackBox Express is that it could be easily found in the task Manager.

In addition to setting a hotkey, capturing the screen-shots, blocking specific URL’s, G3 ISam has the inbuilt feature of automatically emailing the Logged files. As a result, you could easily monitor the activities of the person under consideration even from a considerable distance.

In addition to serving the major purposes of a common Keylogger, Spyrix captures the screen-shots and has the ability to run in password protected form.

According to its website which is ardamax.com, this Keylogger is the #1 Monitoring software that is available on the Internet. However, being a person that is in this business since long, I will advise you to not believe everything that you read on the Internet. This Keylogger records the webcam shooting, takes into account the microphone recording and also logs the clipboard. It also records all types of keystrokes, hidden characters and does the same function for passwords. This means that if you want to acquire a certain password that your friend is using to keep his/her files hidden from you, Ardamax Keylogger will give you that option.

For a company that boasts of disseminating its business from the UK to USA and Canada, It runs on Windows XP, 7 32-bit and 64-bit and more importantly on the IOS. Thus, this Keylogger has a vast consumer market to cater.

A simple Keylogger that is written in the form of python, the Sourceforge keylogger was originally designed as the one for backup operations. However, with the passage of time and evolution of technology, numerous updates have enabled this Keylogger for Stealth options. Thus, being free, this Keylogger has an added incentive over its counterparts i.e. ability to carry out stealth operations without being noticed.

Before mentioning the specifications of this Keylogger, let me warn you that this Keylogger is only for Mac users. Thus, if you are a Windows fanatic or likes to use Android or IOS, this one is probably not for you. Now turning our attention to the Mac users and this Keylogger certainly arms them with additional benefits.

A Keylogger that monitors all type of activities on any computer, Ultimate Keylogger monitors the passwords, voice and video mails, passwords, and the websites that are visited during that particular time. Taking a look at how it runs and the ultimate Keylogger IS NOT visible in the task manager. Thus, that makes it all the more difficult for any user to track down this Keylogger.

However, as is the case with most of the Keyloggers mentioned above, Ultimate Keylogger offers a limited time trial version. The time is now been reduced to only 5 days after which you would have to purchase the Software from the Original site.