The latest addition to the old school RuneScape is a fishing boss known as Tempoross. And just like any other boss battle or quest to earn Old School RS gold in the game it also comes with some cool rewards but to get started you’d need to have at least 35 fishing and the best part is, the higher your fishing level is the more XP per hour you will get.

But before you get right into the action there are a few things that you need to know to beat the fishing boss and that is why we have created this nice little guide for you to do just that. 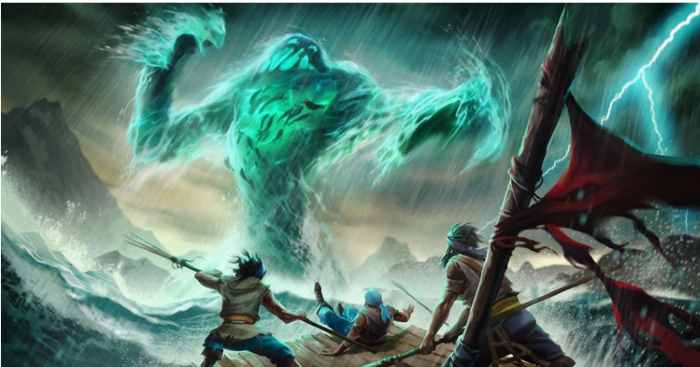 Getting Started with Tempoross Battle!

Now before you dive into the battle you need keep a few things in mind, as for the gear setup you will need to have your anglers’ outfit and along with that you will also need a harpoon of some kind. Also, we would suggest bringing an admiral pi to get a +5 fishing boost which in turn boost your XP per hour rate.

You will also need to have three buckets of water and a rope which you can also get during the boss fight. Once the fight starts, you can grab the rope and buckets on the ship and fill them up at the pump. You can then head down the boat and start catching the harpoon fish which you’ll then use to damage the Tempoross. You can also choose to cook the fish before using it which helps to lower the energy down to zero.

Once you’ve gathered enough harpoon fish, you can bring it back to the boat and start launching it at Tempoross but in case another wave comes Tempoross can directly hit the cannon and it will disable it for a short period of time you want to make sure that you’re not close to the cannon when this happens because the electricity can actually transfer over to you and stun you as well.

When Temporos’s energy is reduced to zero the second phase will begin and now you will be able to damage the essence portion of the health bar. For that you’ll need to head over to the spirit pools and start fishing to damage the essence and once the essence is reduced to zero that will be the end of Tempoross and you will then be able to get your rewards and for that you’ll need to grab a net from the box there and then use it on the reward pool to get a bunch of different items.

This Tempoross fishing boss is totally awesome, it provides a more intuitive and fun way to skill up your fishing skills without getting bored and this just a beginning as there are still more updates to come. But if your account got damaged by the recent login lockout issue check out some these cheap Old School RS accounts to get started again.