Staying In Touch With Your Customers: The History of Communications

Communication plays a major part in all of our lives, but for those of us in business it is actually our life blood.  Having recently signed up to a social media management system, I find myself sitting in front of a screen of Twitter feeds and Facebook posts wondering how people managed to keep up with things in days gone by. 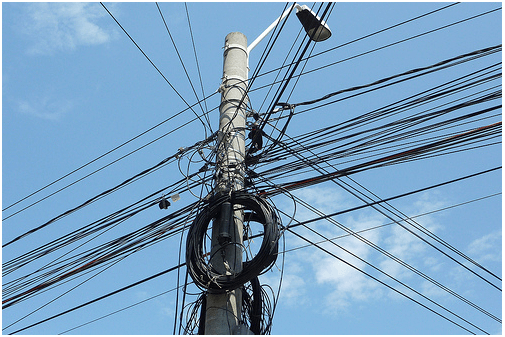 Consider for example the inspirational Emma Harte from Barbara Taylor Bradford’s ‘A Woman of Substance’ when she set up her first little store in Armley; her first step towards building Harte Enterprises.

The main communication tool Emma had available then was the telephone, but she would have spent the majority of her time talking to her customers face to face. The only advertising available would have been to put something in the local newspaper.

I cannot help but wonder how much faster her rise to success would have been if she had had access to today’s technology. Nor can I stop wondering how much better things would be today if we spent more time talking to people face to face.

Let’s take a look at some of the developments in communication since Emma’s day and judge for ourselves whether we have been moving in the right direction.

Along Came the Television

In 1922 the BBC launched the first radio station. Of course it was many years before radios were to be found in everyone’s home. This was followed within a few years by the invention of the television. Both radio and television would provide a new and exciting format in which businesses could promote their goods.

Television advertising spots were regularly taken up by short sketches during the most popular TV shows. These sketchesoften promoted the benefits of washing powders, and such was their impact that even now we refer to many of our regular shows as ‘Soaps’.

The next revelation to aid communication was the invention of the tape recorder which led almost immediately to the telephone answering machine.  Yes, the experience of arriving home after a day at work to be greeted by six or seven messages bombarding you with unwanted sales calls has been around since 1935!

The Creation of Flyering

Mass duplication of documents was made possible through the invention of the photocopier (Xerox machine) in the early sixties. This provided a means of turning any advertising or information literature into flyers, leaflets and posters and whilst it had many advantages it also fed an epidemic of fly posting and junk mail.

Photocopying played its part too in delaying the development of the paperless office, something that we still have not quite got to grips with.

In 1962 the world became much smaller when the satellite ‘Telstar 1’ was launched, making communication possible across the Atlantic from its orbit around the earth. Looking out into space we all wondered where progress would take us next.

The Greatest Communication Tool of All

Following the invention of the Internet in 1967, e-mail from 1971, and the World Wide Web in 1991, we could communicate with people all over the world. Access to information, unlimited sources of knowledge (now always of the most reliable kind) and the opportunity to waste valuable days of our lives playing online games became commonplace. Staying focussed on the business at hand became a new problem for the would-be entrepreneur.

Text messaging, social media and mass storage in the mystical ‘Cloud’ enable access to all our files via our laptops or mobile phoneswherever we happen to be. Starting and running a global business in the modern world has never been so easy or cost effective. Neither has it ever been so open to misrepresentation, fraud and abuse.

If Emma Harte had been around in today’s world she would have been able to run her entire enterprise from home, supervised her staff, keep her managers in line, producedher own newspapers and advertisements… I wonder though, would she have liked it?  I think she would have missed that ‘hands on’, personal touch.  Well, there’s always Facetime!

What do you think are the pros and cons of modern technology in regard to running a business?

Mike Thomas a writer from Bristol, Specialises in blogs about technology. For more in-depth history on communications visit http://www.pacetelecom.co.uk/timeline