Smartwatches: What Is The Market Size Of Smart Watches?

The size of the smartwatch market should be measured and analyzed considering we are talking about the next evolutionary phase of mobile communications. If this were not enough, these devices have enormous potential with the expansion of Internet initiatives of things (IoT).

The benefits of controlling data on user health, for example, involve a large market. Not only because of the consumer’s desire to take care of health, but also because of the increase in possibilities arising from technological evolution, making possible new types of tests.

But these are just two reasons to consider smartwatches in digital transformation. Let us now look at other reasons, and especially the numbers in that niche. 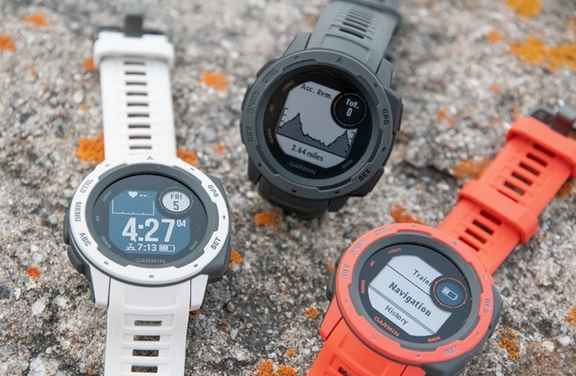 Boom in the smartwatch market

Before going into detail on the industry numbers, it is worth mentioning that we are talking about a product that is being introduced in the market. This favors high growth rates and justifies a less-than-impressive total of units sold – if we compare the results with that of smartphones, for example. In 2014, the sector sold 5 million units and almost quadrupled the following year (19 million). The same source still reports 38 million devices sold in 2016 and 75 million handsets last year.

According to Forbes, Forrester analysts say the sale of handheld products is led by smartwatches, with a market share variation of 21% to 51%.

The main reasons for growth are:

– the incorporation of health and fitness technologies in these devices;
– price reduction;
– and the desire for consumer convenience – 35% of US adults use portable devices to simplify their lives.

Most sales are smart-type extension clocks, that is, they act as a trigger device for other equipment – such as a smartphone – on which processing takes place.

The sales figures show that wearables (the so-called “wearable technologies”, which are devices used as garments), grew 10.3% a year. On the other hand, smartwatch sales growth exceeded 60% in the third quarter of 2017 alone, compared to the same period in 2016. Perhaps this surprising increase is related to the fact that much of the growth is attributed to the development of a growing number of models geared to specific market segments.

Among them, we can mention enthusiasts for sports and outdoor life and, of course, the most “techies”. The gradual lowering of prices is also a determining factor, as is the case with all new technologies that assume a mass market scale.

In this respect, the slow warming of consumers and corporate users, which may already be noticed, seems to indicate that the product is moving towards a maturity status in its life cycle.

Apple has positioned itself as the leader in the sale of these devices. After a slight drop (compared to wearables), it returned to the top position in the 3rd quarter of 2017 with about 3.9 million units sold. This, according to a survey by Canalys, which attributes the growth to the launch of Apple Watch series 3.

Google develops innovations to stimulate the use of Android Wear, which is the version of the Android operating system for smartwatches. It is used by watchmakers and fashion brands, which can make a difference in developing features to enhance the wearing experience.

If it succeeds, Google can completely change the landscape that, without this change of course, really tends to be led by Apple. One possible partner is Samsung, which has a comprehensive distribution network, making it easy to scale the product globally. After all, even in this year, 2019, the value that the public gives the Apple brand does not leave much alternative to the competition.

At present, it is not uncommon to find people who no longer wear ordinary watches, because this accessory has lost its usefulness with the emergence of cellphones. However, it is still a desired part of many people, especially products with luxury styles such as IWC Portofino.