Samsung Corporation, Supporter of the Chelsea FC and one of the most important companies in the consumer electronics industry has recently announced the launching of the Official Chelsea FC App for Smartphones with Android and Bada operating systems.

This application has been long awaited by football fans. The purpose of this app, according to Samsung, is to provide people with a better soccer experience through their mobile phones. The app was created due to the long-term partnership that Chelsea FC has had with Samsung in the last several years.

The application will enhance the football experience of thousands of fans who will have real-time data of their favorite team available in their devices. Other information available includes content from Chelsea games in the Premier League, the UEFA Champions League, the Carling Cup, and the FA Cup. 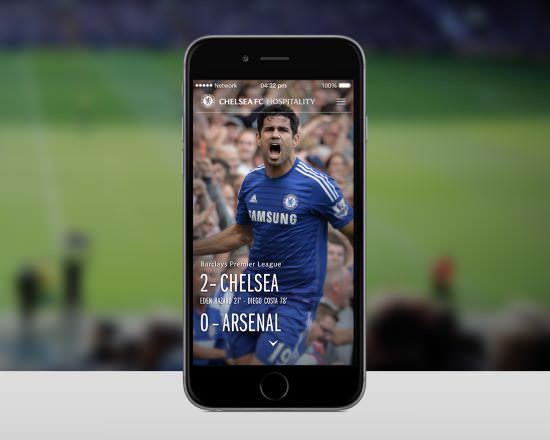 The App’s Key features are:

Sunny Hwang, Head and Vice President of the Global Sports Marketing department in Samsung Electronics Co, LTD. stated that the company is very happy to introduce this new app to Chelsea fans. It is important to note how Samsung and Chelsea are working in unison to bring people closer to the most popular sport in the world. With the help of technology development, Samsung will continue working hard to improve football fan’s experience and desire for the sport. This is Samsung’s aim with its sponsorship with Chelsea.

Jerry Newman, the Director of CRM and Digital Marketing at Chelsea FC commented that the partnership between Chelsea and Samsung kept setting up the standards of sports sponsorship with this application. He remarked that the design of new platforms that allow Chelsea fans worldwide to become more engaged with the Chelsea experience is the aim of the team’s strategy and it is pleasant to see how Samsung also shares that goal.

If you want to know more, please go to www.samsungapps.com or visit the Samsung Apps FB page at www.facebook.com/samsung.apps.

Additional Notes to the editors:

The availability of the application(s) may depend on the user’s country and/or smartphone device.

About the Chelsea FC and Samsung

Samsung Co has officially sponsored the Chelsea FC in the English Premier League Club since 2005. The relationship continued until the 2013-2014 season. Samsung has had many advantages from it including rights from the sponsorship which extended to all consumer electronic devices and products such as digital cameras, smartphones, and IT gear. In 2007, the Chelsea FC – Samsung partnership was called the “Best Sponsorship of a Sport Team” and in 2008, it was deemed as the “Best Integrated Sport Marketing Campaign” at the renowned Sports Industry Awards.

Chelsea FC has gained worldwide recognition for its sportsmanship and excellent results in the field. Chelsea prides itself on being the only English team to have won all of the three most important UEFA Club competitions. Sponsors such as Samsung have signed £18-million deals or more to be able to brand their companies with one of England’s Top Football teams. Chelsea FC tickets sell very fast as countless of fans run every weekend to the stadium to support their favorite team.

Samsung Apps is a place that offers many different mobile apps. All of these applications are designed to the utmost detail for Samsung Mobile Phones and Smartphones. In the new world of Samsung global devices, the company works hard to provide users with a brand new services and technology.