Motorola Xoom is the world’s first tablet that will be bringing out the Android 3.0 Honeycomb OS and some other really cool features such as the Nvidia Tegra dual core processor. The tablet was supposed to go on sale starting February 14th, but according to recent sources it’ll go on sale from February 17th. Verizon will be officially starting sales, and recent leaks also reveal that the Xoom Tablet will be priced at around $799. 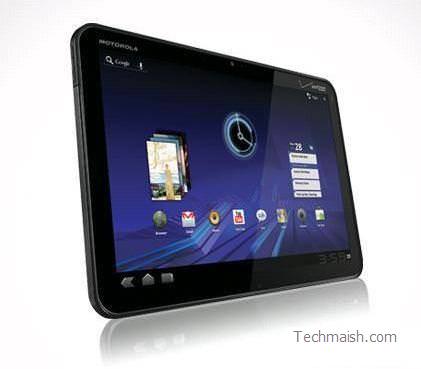 Android Central got hands on a screenshot that seems to be the Minimum Advertised Pricing for Verizon’s flagship products such as the Xoom and the HTC Thunderbolt. The HTC Thunderbolt is priced at $249.99 and the Motorola Xoom at $799.99, but this is not including the two-year contract extras that a customers has to pay Verizon for the 4G LTE connection.

The launch date of the Motorola Xoom was confirmed today when Engadget received a mail from Best Buy, which shows clearly that they’ll be stocking up on February 16th and will start sales on 17th. Below you’ll find the screenshots and also a note suggesting that the Motorola Xoom will be launched with the internal 32GB storage.

So what do think of the pricing? Is it properly priced? OR do you think it should’ve been cheaper compared to the Apple iPad?