Motorola Atrix: Is it a phone? A laptop? A desktop? Yes!

The Motorola Atrix generated a lot of buzz with its television commercials showing it connecting to a thin keyboard and screen combo to create a fully functional laptop, which Motorola calls the LapDock. This phone is 4G compatible, has a dual-core with 1 GB of RAM, Android version 2.2 operating system, as well as the Motorola-created OS called Webtop. It can be docked into the laptop dock, as mentioned, and Webtop will be ready instantly. It can also be used with the HD Multimedia Dock and a wireless keyboard and mouse to use Webtop right on your TV set. The Atrix was recognized for its innovations by winning Engadget and CNET awards for Best Smartphone in Las Vegas early this year during the 2011 Consumer Electronics Show. 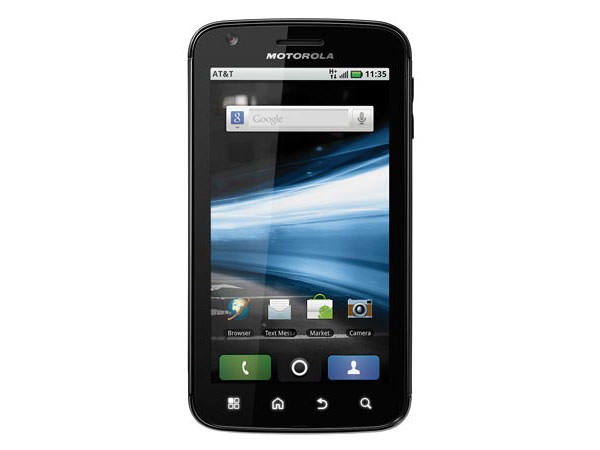 The advances in technology are just amazing, and I was very intrigued about this combination myself, as it seemed to be a perfect solution for travel, I already own and love a Motorola Android phone, and it is time for an upgrade!  With all of its functions, you almost forget you can make phone calls, text, and snap photos with this little powerhouse, but of course you can. Additionally, this phone has a large 4-inch display, 48 GB of storage space, and two microphones for good call quality. The Atrix offers an opportunity to buy one high-tech device that can do multiple things and be used in many different ways.

I like the size of this phone; it measures about 2.5 inches by 4.5 inches, and is very thin, but has a nice solid feel and weight to it and looks pretty rugged but sleek and high-tech at the same time. The face is pretty much all display screen.  It does have some Android buttons and a front-facing camera. One really cool feature is that the power button is also a fingerprint scanner; it is designed to keep crooks away. There’s also a 5 MP camera, including flash, on the back of the phone, as well as video capability.  Using the phone to surf the net or text is pretty easy, and this phone is very fast and has plenty of power. The larger screen makes it so much easier to read email and the display is really clear. One of the only complaints I have is that bright sunlight makes it difficult to view. I did not get to check it out, but the battery is supposed to last more than 24 hours between charges, which is a huge improvement over previous Motorola smartphones I’ve had.

Motorola has packed enough computing power in the phone to handle QuickOffice for PDFs and documents of all types. It also has WiFi, Bluetooth, and the 4G technologies, the 1GHz processor with a dual core, 16 GB of storage space, expandable to 32GB with a microSD card. You should be able to handle pretty much anything needed with the phone in lapdock mode. Webtop is a custom-built instant Linux OS for the phone, which means you will see your phone on the bigger screen, and also a Firefox clone. The laptop dock itself is nice quality, though the size leaves something to be desired. The good news is that it is small and light, but it is better suited to replace a netbook than a laptop. I wanted this to be a great option, but find I prefer my tablet PC with attached keyboard case, and it cost only a third of what Motorola is asking for this accessory.

Though the laptop dock did not work for me, I really like the desktop setup you can get with the phone and an accessory kit that includes the HD multimedia dock. Adding the wireless and Bluetooth-enabled mouse and keyboard gives you a powerful computing system, and you use your HDMI television as the display. This is much cooler to me than the lapdock, actually.

TV and Movie Watching Use

You can use the Atrix to watch TV shows or movies with the multimedia dock. The desktop accessory kit also includes a remote that will work on your HDMI capable television. I did not get to check out this feature, but I have read some of the reviews about it, and they seem to be mixed. Some people say it works great, and others are disappointed with it. Not sure if that has to do with different setups or maybe the area where they live doesn’t have good 4G coverage. That is actually a problem where I live; the coverage is not really good outside of urban areas in some states.

The Atrix can be a great accessory for business owners, especially couriers and others who need GPS navigation. Cheap courier insurance and a Motorola Atrix, and you can be in business delivering documents and small packages.