The Land Rover S1 is, despite the name suggesting otherwise, a mobile phone. It’s the latest high-durability model to be designed by manufacturers Sonim, with its release still to be confirmed. This RPS (rugged performance standards) certified phone is one to appeal for those who don’t want to run the risk of dropping a large screen smartphone, and are in need of a well built and durable handset. 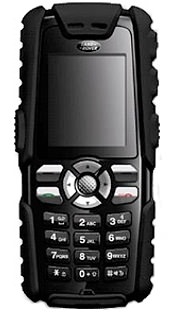 The phone’s appearance is certainly rugged and fits the bill of a durable phone. With a grooved frame to ensure extra grip, Sonim have worked hard to make sure the phone is capable of surviving all manner of stresses and it has a range of certificates in support of this.

The phone is the first GSM handset to receive one of these, the IP-67 rating, meaning it is impervious to dust and dirt. Firstly, the phone is fully submersible in water to a one metre depth and can also withstand being dropped from two metres onto concrete. The phone can also withstand up to 23G of random vibrations and, on top of all of that, can operate in temperatures ranging from -20C to +55C, meaning that it can truly stand up to a great variety of environments and a large range of accidents.

The phone does offer a decent range of features other than its durability, though this is where the handset is let down. The phone offers a GPS service along with a two megapixel camera and bluetooth connectivity.

The battery life is a bit of a gripe to the phone; there have been some complaints that the life and efficiency of the power system is far less than that claimed by Sonim. Overall, there is little question over the durability of this handset, and it’s recommended for outdoorsy types who use their phones outdoors, or simply if you are accident prone and likely to drop it down the stairs!