How Safe Is Using Discord? All Questions Answered 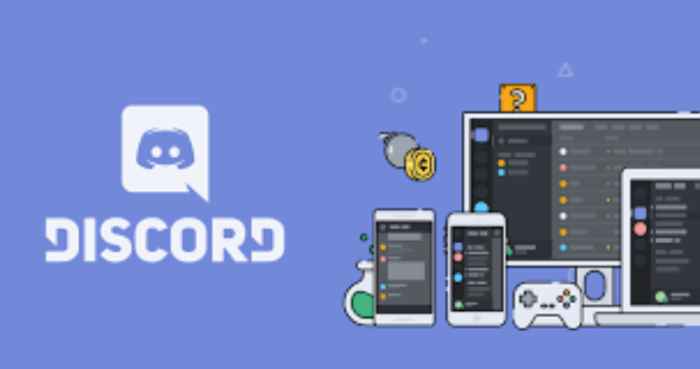 Over the last few years, few platforms have grown as quickly as Discord. From its initial release in 2015 to now, Discord has averaged adding 5 million new users every month. Discord emerged as a proprietary freeware that enabled users to chat with a large group of individuals. Now, the company has spanned out into a range of different services including a large streaming video game catalog, screen sharing capabilities for e-sports, and a lot more.

So let’s look at what Discord is, what some of its security flaws are, and how you can use the platform the best way possible. Remember that when it comes to large platforms like these, safety should be your number one concern, and that begins by finding the fastest VPN out there.

Why Is Discord so Popular?

Discord has grown so rapidly in popularity because of two main reasons. The first is that the basic software is free. Users don’t have to pay anything to create an account and join up with their friends in no time at all. Second, Discord is designed with an approach that focuses on gaming.

Discord is extremely user-friendly and modern, making it easy for users to connect with other gamers. It also works across platforms including Windows, Mac, mobile, and now Xbox live. Compared to channels like Steam or Xbox Live where chat seems like an afterthought, this makes it stand out because chat and gaming go together hand in hand.

Finally, it integrates e-sports as part of its platform. Discord gained popularity as one of the top chat platforms for e-sports athletes and grew quickly from there. Its users can take advantage of these services and share their screens with friends, join large servers and a whole lot more. Discord has also begun a streaming game service that directly challenges Steam. Now users can play games and use Discord’s great features all under one platform and often at lower prices than Steam.  All these things work together to create an incredible user experience.

Discord faces many of the same problems that other large online platforms like Facebook, Reddit and others have. In short, with this many users, it’s hard to monitor and take action against individuals who may attempt to steal information, post illicit content or do other things that violate the Terms of Service agreement.

It’s a sheer numbers game. Even if 99.99% of users are following a proper code of conduct while using Discord, that still leaves approximately 20,000 potentially ill-intentioned people. In reality, hacks occur so often on the platform that estimates are in the thousands of attempts per day.

One of the main reasons Discord grew so quickly was that it offers user anonymity and privacy. And hackers take advantage of these same features to steal information from people on the platform. Not only that, Discord has been embroiled in other scandals including large servers that hosted Alt-Right groups connected to hate speech, Neo-Nazis and to mass shootings. Discord has taken action against these parties, but since it’s so easy to create an account, they re-emerge in no time at all.

What You Can Do to Be Safe

At the end of the day, it’s up to users to take safety into their own hands. Even though Discord is actively working to prevent data theft, hacks, and the other problems on its platform, it’s too large for it to be very effective. They offer 24/7 support and claim they can solve most issues within 24 hours, but if someone has gained unauthorized access to your account, your IP address or other sensitive information, the damage has already been done.

The most important thing you need to do is utilize a VPN (Virtual Private Network). VPNs work to encrypt and anonymize your connection so that it makes it much more difficult for hackers to gain access to your personal information.

Also, for a gaming and chat platform speed is of the essence, so it’s essential to find the fastest VPN on the market. To do this, you’ll need to shop around a little. Try out some of the different VPNs and run a speed test.

You’ll also want to make sure they have other key security features such as kill switch which automatically disconnects you from the internet should there be a problem with the VPN server or your network connection. Likewise, the VPN should use strong encryption technology—look for the phrase AES 256. This is the same standard international security organizations use to protect their data.

Discord is one of the most exciting online platforms on the market. With so many fantastic features and its rapidly growing user base, it’s well on its way to becoming the Apple or Google of the game industry. However, like any online platform, using it does include some risks to your privacy and digital security. That’s why it’s essential to find the safest and fastest VPN on the market. With a VPN, you can be sure to get the gaming experience you want while remaining secure against any digital threat.