How Autonomous Equipment Is Reducing Lead Time in Construction 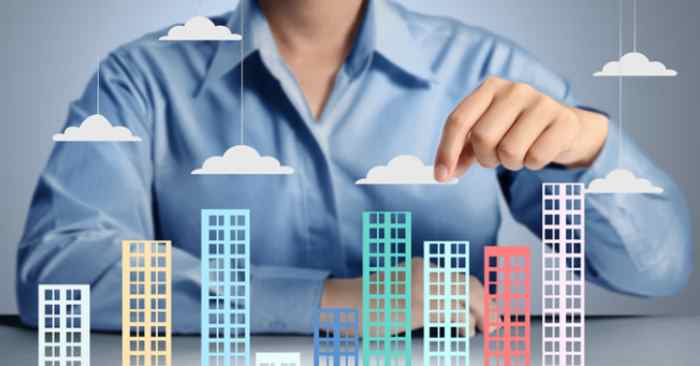 If we could name one thing that holds a lot of promise in revolutionizing the construction industry, it would probably be autonomous equipment. Self-driving cars already receive a lot of attention, but if we’re to compare the potential to impact lives, these intelligent vehicles would take a backseat to autonomous construction equipment.

Imagine, with simple data inputs, you can leave a handful of construction equipment overnight and expect to get most of the job done on building projects by morning. Industrial robots will be able to work round the clock, without any supervision, and perfectly capable of adapting to changes in your construction requirements.

While these industrial robots are already prevalent in various industries, they’re only limited to programmable and repetitive tasks. Autonomous equipment can move around in jobsites, work in areas that need their expertise the most, and can troubleshoot problems, as it happens, with very limited or even no human intervention.

The Jobsite of the Future is here with Autonomous Construction Equipment

With modern tech innovations, we are slowly seeing the rise of automated construction equipment on the jobsite. Heavy equipment manufacturers are racing to build the future of the construction industry, and within the decade we’ll probably see them dominating the job site. Komatsu, for example, developed the autonomous bulldozer, D61i-23 dozer, which features a fully automatic blade control. John Deere and Caterpillar, on the other hand, are focusing on bringing driverless automation into the fold. It won’t be long before some of their iconic heavy equipment and vehicles become driverless and fully autonomous haul trucks.

We can safely say that construction won’t be the last place to adopt modern tech innovations. The ultimate goal of these automated construction “tools” is not replacing the man driving or operating them, but ensuring that the jobsite is a safe, productive place. This means reduced safety risks, improved efficiency, and faster delivery times.

Let’s drill down some of those.

An improvement in safety is always a welcome benefit for the construction industry.

Autonomous equipment aims to drastically reduce accidents that’s all too common when handling heavy equipment. Equipment operators won’t have to be front-and-center during use. They can just remotely operate the equipment at a safe distance, without risking any loss of life or limb.

Some heavy equipment can just pile on the damage during regular use, so the operators won’t notice any adverse health damage until it is too late. Chronic exposure to vibration, shock, and dust among others, can leave long-lasting damage to the body after years of operating heavy equipment, or even just being around them. Right now, you can feel perfectly fine, but on the next construction project, your body might be too worn out to function properly.

For example, driving off-road equipment puts a lot of strain on the operators’ arms, hands and neck. The vibrations make them feel tired easily. That problem gets compounded during night time, so you’ll have to factor in the sleepiness of the operator. A nap can spell disaster not only to the one handling the heavy equipment but also to everyone around them. Autonomous equipment helps address these problems, with smarter machines that can detect when the operator is sleepy.

How can this affect the whole project? Even one man missing on the job site can greatly affect the timeline of the whole project. If that person is just one of the few certified to operate crucial equipment, you’ll need the others to pick up the slack, work extra hours, and take more risks for their health just to stay within timelines. With safety improvements thanks to autonomous equipment, you don’t have to worry about scheduling problems and missed deadlines.

Safety is the key to keeping everything running as intended, but that’s not enough to reduce the lead time in construction. What really cuts the hours down to minutes is the boost in productivity that autonomous equipment provides. It’s all about getting the most of every equipment, every personnel working on the jobsite, enabling them to do more than they usually could with non-autonomous equipment.

With automation in construction, an operator can essentially multi-task and get a lot of things done simultaneously.

If you can bid for a project with confidence, since you know you can finish it faster than anyone else, you’ll have more opportunities to earn in a shorter amount of time. Check https://jobsite.procore.com/estimate-quote-proposal-bid-differences/ to know more.

Different equipment require varying levels of attention. The more advanced ones usually require monitoring, with no additional input necessary. They can then focus on those with manual inputs needed, or those that require more interaction from the operator. This way, the “drivers” of autonomous equipment can do more than just ensuring they’re running smoothly. They can do other related tasks like paperwork, which, as we all know, eats up a lot of time to do and complete.

With a boost in the productivity of your crew, you’ll see improvements in task completion and overall delivery of the project. As mentioned earlier, just doing the related paperwork alone can be tedious and time-consuming, so when you have the opportunity to work on them while you “operate” the equipment, you could shave off hours from lead time.

Typically, you’d need a sizable crew for site work like excavating, grading, and overall prep work of the construction area. There will be several people assigned to operate the excavator, ensure proper grading, and do follow-up touch-ups for the things that the excavator can’t do. With an autonomous excavator, however, you won’t need a crew. A self-driving excavator would only need one person to supervise its tasks, and probably another one to manage all the excavators running for a specific period.

But perhaps the biggest thing that your crew can’t do is work non-stop 24/7. A “well-oiled” autonomous excavator can do that without any problem. Your operations would be quicker, more efficient, and most importantly, more affordable. Automation could save you significant labour costs, especially for major projects with tight deadlines. You won’t have to worry about manpower, providing housing for your shifting crew and more.

Autonomous equipment can also perform remote diagnostics, also known as telematics, to ensure that they’re running in their best condition. They can keep track of their tire pressure, oil and fuel level, temperature and more. This way, you’ll be able to use them at their peak capacity, only needing to “rest” them for scheduled maintenance.