Samsung Galaxy S3 (19300) and HTC One X are both quad-core processor phones in the market. They both are very attractive and high in demand in market. Both smart phones have excited the customers and have gained too much popularity. However, there are some differences in these two phones. 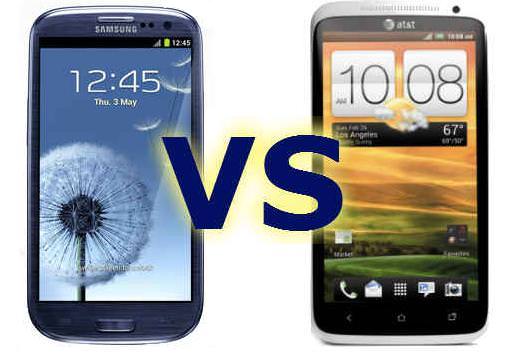 Samsung Galaxy S3 is slightly taller than HTC One X. However, they both are very thin. You can carry them anywhere. Women can easy settle them within their purses. They both contain high functionalities. You can use them for all kinds of their daily routine things and for more intelligent help. They are very close friends and efficient companions to their owners. They both run Android Operating System. However, they do have slight differences.

Samsung Galaxy S3 runs 4.0.4 (Ice Cream Sandwich) version of Android in it. On other hand, HTC One X runs 4.0.3 Android Version. They both have very adorable user interfaces. They both have very light touch screens as well. On other side, HTC One X has 1.5 GHz capacity in its processor.  Contrarily, Samsung Galaxy has 1.4 GHz capacity in its processor. These slight differences in these phones don’t make too much difference in purchasing decision for customers. However, you must keep these differences in mind if you are selecting one of these phones.

If you look, these phones have almost same size and same features. However, they differ slightly with each other. Your choice can depend on your need and use of your smart phone. We are sure that our comparison of these two smart phones has brought some facts in your cognizance.