As part of the f8 conference hosted by Facebook developers rolled out the sample version of Timeline, a new interface which puts your life into chronological order and populates history even pre the existence of Facebook itself. It looks smart but how safe is it? 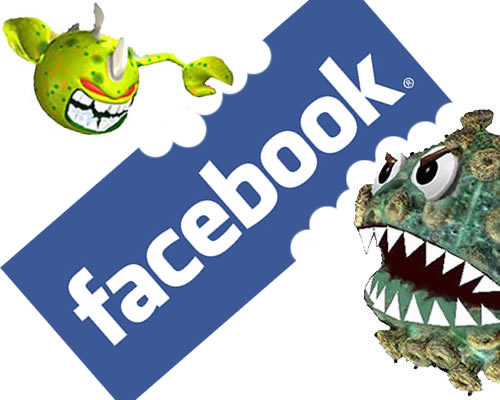 Many people who’ve tried it are saying “It’s a good looking intelligent piece of kit but I’d worry about security.” But why?

The Timeline, like history itself, is immutable. Once things are on there, they’re staying on there. It occupies two columns and looking at a past year visitors can view your activity on Facebook, what you said, when, who you friended, events which you commented on, everything. And that’s what seems to be the trouble. Zuckerberg has always maintained that if you’re going to share a single scintilla of information about yourself then you automatically want to share it with everyone you know, (including every company, corporation, government body and NGO you ever visited on Facebook) without exception, right?

I don’t know about you but I don’t necessarily want my mother or little sister to see what I got up to at my brothers stag do when one of his friends tags me in a photo or a status update. Of course I can untag it but by then the damage could easily have been done. So, is Zuckerberg’s opinion a firmly held belief or a convenient notion which is negotiable? Well, almost as soon as Google+ was released Facebook changed its security features so that they reflected the way human beings actually socialize, letting people have separate groups of friends who don’t necessarily interact.

I had a feeling that Zuckerberg was unidimentional enough for him to be able to share his entire life on Facebook and create nary a ripple but fortunately there are others there who appreciate what the real world is like.

Or do they? One of the major criticisms of the Timeline is that it’s a stalkers’ paradise. It puts up SO MUCH of your information which you thought was either inconsequential, hidden or irrelevant into its algorithm that people wanting to track you down, find out personal data, history, relatives who are or are not on Facebook in fact everything that you know that stalking just became infinitely easier. And since people are already so ignorant about online security these changes are a potential recipe for disaster.

It looks sweet, it auto-creates a chronological narrative to your life which is appealing to see but it contains a lot of information I’d like to keep between me and a select few. Tough. It’s visible to others, if you want to make all new posts private you can and you can remove individual posts one at a time but if you wanted to remove all your posts for 2007 for example, you can’t. You can take them out of the public sphere but your friends will still be able to read them.

Shouldn’t be a problem, they’re your friends, right? OK so you meet some-one at a bar and you add them as a friend on your mobile, some-one added you because you have as many as three friends in common, you friended some-one because you thought they were cute and you’ve been to the same club once. Not just them but people you knew at school but haven’t spoken to for years are all going to be able to read over your history. Not so funny now is it?

And the security issues don’t stop there. Ever Fraped some-one or been Fraped yourself when you’ve forgotten to log off and a friend or family member has hilariously updated your status, friended wildly inappropriate people and sold all your cows on Farmville? Well, Facebook are in negotiations with various online payment processors which, ideally, will make it easier to do business without leaving the Facebook platform. In future when you get Fraped it could cost you a great deal more than some embarrassment and a great deal of apologising.

The Timeline is all about Facebook’s efforts to move from being a social media platform to an entertainment platform. Their intention is that Facebook should have, or be able to provide everything that you need. First to climb into bed with them on this is Spotify. If you don’t already have an account with them and you want one you can’t get one without a Facebook API. And all the records that you listen to will end up where? You guessed it, on you Timeline. Your Bieber Fever is about to become public knowledge.

The good news is that as a Facebook user you do retain some control. You can make sure Facebook doesn’t publish all of your choices and shopping by resetting all of your security settings, making sure that you keep yourself protected, remembering to do this for every site that allows you to log in using your Facebook API (also bear in mind that Facebook’s permanent cookies follow your activity even when you’re not logged in to Facebook so take extra precautions unless you’ve dealt with them first).

Facebook has always had a peculiar relationship with security, privacy and the right of its users, I suppose one of the sacrifices you have to make when you check the box accepting their terms of use is that in order to keep Zuckerberg and his team in the lifestyle to which they have become accustomed you have to accept that your data is a commodity to be shared and sold among corporations. The question is, how much of your life do you have to give up just to keep in touch with your friends?