Does Automated Deployment Has Any Benefits? 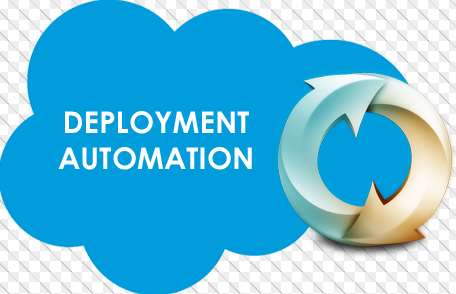 Why is automated deployment uncommon?

One theory, for automated deployment being so uncommon, is that software development teams believe that the overhead of creating, configuring, setting-up, and maintaining the whole mechanism is not worth the short-term benefits it offers. This believed overhead is perceived as an impossible hurdle to cross because of how huge it is. Thus, development teams are clueless when it comes to tackling it.

However, once one is clear on the benefits of automated deployment, then overcoming the hurdle can become quite easy.

Manual deployments, since they involve humans, are much more prone to errors. These errors can be anything; one can accidentally miss out crucial steps during the release, the wrong versions of software can be sent to the client, faults occurring at the time of release might not be spotted, or a broken software can go live. In contrast, with automated deployment, such minor faults can be easily avoided.

Moreover, there is no variability when it comes to automated deployment. Once everything is configured, and the process is all set, everything will remain the same when a release is made. If the configuration deploys the software without any problems, then it will do so even if you initiate the release hundreds of times.

When using an automated deployment process, the method of releasing the software is stored in the system instead of a person’s brain.

Manual deployments or partially automated deployments are usually assigned to a small group of people in any organization. In fact, in many cases, the responsibility falls on one person in the project team. In the case where the person is unavailable on immediate notice or is ill, then releasing the software becomes nothing short of a horror story. On the other hand, anyone that can access the deploy button can release the software.

The process of manual deployment is time-consuming. The job is often assigned to testers and developers in a development team who can otherwise spend their time working on improving the software or adding new, innovative features to it.

On the contrary, it takes only seconds to initiate the automated deployment process. The validation of the deployment takes place in the background, and members would only have to spend time on deployment if there is something wrong. Consequently, the team gets more time to work on software.

Apart from being repeatable, automated deployments are configurable as well. While the underlying process of release remains the same, the machines and target environments can be easily changed. So, if a new client installation has to be created or if the software is to be deployed to a different test environment, the overhead of deploying to the other target is almost negligible. You only need to rely on the tested release automation and the existing set-up to do the job.

A single deployment taking place by an automated deployment process has a low overhead which means that it can frequently be repeated. Remember, frequent releases are favored for a number of reasons; however, the most important thing is that frequent releases promote deft software development.

Software teams that frequently release can then work on delivering innovative features to their users often. Thus, they can then collect feedback from the users and then make changes accordingly. Note that this feedback can make all the difference between the product satisfying the target audience or completely missing them out.

Should you go for automated deployment?

While the benefits do sound pretty desirable, your attention must be brought back to the overhead that acts as an obstacle. In reality, the overhead is just time. In fact, it is the time estimation needed to create the mechanism for automated deployment made by the team. However, the overhead is not as scary as people believe it to be. There are various tools out there for automated software deployment that can be adjusted according to your requirements in a short time.