Programming mistakes are simply any type of error that prevents a piece of software or a program from operating as intended, from a program that malfunctions to one that crashes halfway through its runtime or during compilation. Programming mistakes are an inevitable part of a programmer’s life. They are frequently unavoidable and initially undetectable. However, perfection comes with experience and practice.

In programming, these errors are called bugs, and fixing them is called debugging. While programming mistakes can take many forms, this article will focus on only eight of them for the sake of clarity; however, you can learn more on replit.com. 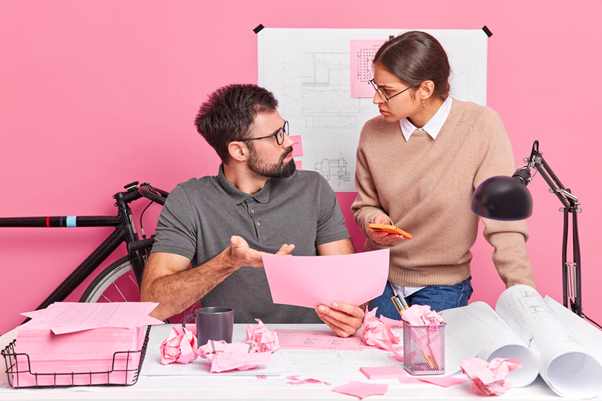 Programming mistakes you should avoid

The following are eight of the most frequently made programming errors. Additionally, more information is available at replit.com. The errors are as follows:

Every programmer is familiar with the term “syntax,” which refers to the collection of rules used to construct a line of code. Syntax rules are quite strict and if they are not followed, the program will crash. The good news is that syntax errors are easier to fix because the compiler indicates the line and column where the error occurred and prints an error message.

The absence of a semicolon, mismatched parentheses, or any error in the framing of the sequence of characters or tokens is all examples of common syntax errors. A program will not execute until all syntactic errors have been corrected.

Runtime errors are those that occur during the execution of a program. A runtime error is a memory leak, which causes a program to consume additional RAM while it is running. This could be due to an infinite loop, failing to deallocate unused memory or a combination of the two. Seeing “file not found” indicates that a runtime error occurred.

To resolve this issue, it is recommended that you install an effective error reporting system that can assist you in detecting runtime errors and potential bugs.

Logic errors can occur when your code is syntactically correct but your program behaves incorrectly. Logic errors are the most dangerous type of error that programmers can make. Because the program may run smoothly for a time but then misbehave due to a logical error.

The more complex your program, the more challenging it is to identify these errors. They are typically imperceptible to the untrained eye. It is the output that indicates whether a logical error occurred.

When your program is being compiled and an error message appears stating that it cannot be compiled, this is a compilation error. These errors may be caused by a syntactic error, such as a missing semicolon or an incorrectly spelled variable name. The compiler highlights the error during the compilation process.

What happens when there is no connection between the input and output of a computer program? There has been an interface error. Alternatively, if your input does not adhere to the established principles, an interface error is likely to occur.

These errors are quite infuriating because you frequently have no idea whether they came from your end or the callers.

A device or computer running a program may occasionally attempt to allocate specific resources to it. A resource error may occur when a portion of a program attempts to assign additional resources, such as memory space, to devices that exceed their capacity.

Now, the difficulty in determining the location of this error stems from the possibility that your device is faster. Alternatively, your device may be of higher quality than the server that is running the code. Having a reporting system for resource usage can significantly assist you in avoiding this error.

As the name implies, arithmetic errors are related to mathematics. It is a type of logical error that is mathematical in nature. It occurs during the attempt at an improbable task. For example, attempting to program 0 x 0 = 2 is a mathematical impossibility.

Failure to detect this error promptly can result in additional logical and runtime errors.

These types of programming mistakes are nearly imperceptible. These errors can occur when a programmer fails to account for certain edge cases. They are typically hidden and occur when a specific data compilation is used. A programmer may be unaware of the existence of latent errors until all possible data combinations are used.

The preceding are eight of the most common programming errors you’re likely to make while coding. As previously stated, errors are unavoidable when programming due to the extremely strict nature and principles involved.

Always keep in mind that a computer cannot read code that contains even the tiniest error. Unlike human beings, who can comprehend you despite communication errors. A computer must understand and interpret your commands with perfect precision.

It is essential to be aware of the most common errors that a programmer is likely to encounter. In fact, it is rare for a programmer to write code that is completely error-free. There is always some sort of defect that has an impact on the code. These errors can occur as a result of omissions on the part of the programmer.

In light of the mistakes described above, you should adopt a step-by-step approach to reviewing your work as you go along rather than attempting to detect and fix all of the problems at once as a programmer. It is more intelligent and faster to debug errors in smaller chunks.