Before venturing on explaining how digital signatures are better than traditional signatures, let us review a little concept in order to know what all this about. Just like you would place your hand written signatures on a paper, electronic signatures are used to authenticate digital documents. But why would you want to replace one with the other? Let us offer you some reasons. 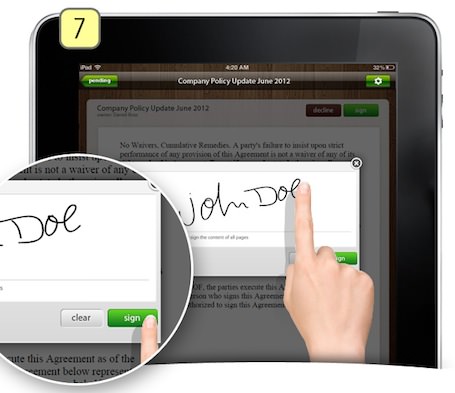 First and foremost reason that makes digital signatures better than ordinary signatures is the security that accompanies them. A set of Public Keys is used to encrypt the message contained within the signed document. The signing authority retains the private key with him under all circumstances, yet has the authority to give the public key to anyone who can verify that document.

Anyone can alter the document after you have signed it. Someone could add a line, omit a word or alter anything like that – and there are so many fresh techniques in the deception world that you wouldn’t even be able to track some of these changes. Technology will safeguard your documents because any change in the document after being signed digitally will render the digital signature null and void.

You should also prefer digital signatures over their physical counterpart because they make you a good contributor of mother earth. You are saving numerous trees which you would have otherwise used in the form of paper. Thus this advanced technology makes you environment friendly too!

Costs incurred under the head of miscellaneous costs are annoying for all of us, and why shouldn’t they be – they are never ending costs. Digital signatures cut down your stationery cost considerably. When you are going to use digital signing mechanism, you would definitely use lesser amount of paper, pen and ink.

Digital signature also cuts your monetary cost by saving the hard earned money that you would have otherwise spent on envelopes, postage, tickets, faxes and other direct or indirect costs incurred inmoving the documents from one place to another physically.

In many parts of the world where the digital signatures are accepted, they have the same legal standing as ordinary pen-on-paper signatures. Thus you can prefer them in business contracts, legal agreements, corporate letters and other similar documents.

All in all, digital signatures are preferable over ordinary signatures in all respects. There is no way you should underestimate the huge potential of these technological domain.

Author Bio:- Anna Stacy has in-depth knowledge and experience of digital signatures solutions. Her basic forte lies within process optimization and process re-engineering, and has a long-term obsession with electronic signature. She is a leading source of what’s hot and what’s not in the online digital signature space.