It has been suggested that 4K TV was born out of a need for an inexpensive substitute for film stock. If you are not familiar with 4K HDTV, the following information will shed some light on what it is and how it differs from other forms of high definition television. 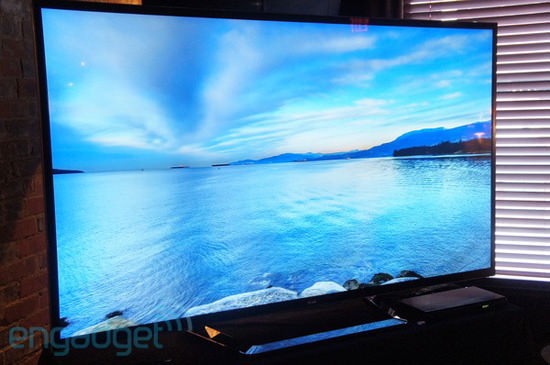 As implied by its name, the images you will be able to see on a 4K TV will be four times crisper than those produced by standard high definition televisions. This is accomplished through what is known as screen resolution. Higher screen resolution equals sharper images. To give you an example of what this is, think about watching videos on your computer or laptop monitor. A screen resolution of 800×600 will make whatever you are looking at appear larger than it would via a 1280×800 display setting. However, the larger images will be lacking in definition when compared to the 1280×800 display setting. A 4K TV can display more than 4000 pixels in height. The pixel display in terms of width will usually be approximately half of that. So, you can expect to have a screen resolution of 4000×2000 when watching 4K TV. That number means the tiniest detail of an image will be more enhanced than what you would see on a standard TV.

Three-dimensional television works by presenting one image in slightly different places, which gives it the illusion of depth. The special glasses that you have to wear in order to watch 3D movies and/or programs further enhance the illusion of depth by adding different colors to the image. Because your eyes cannot focus on both colors at the same time, the image will appear to float off the screen. While imagery will be enhanced via 4K TV, special glasses are not needed in order to appreciate the enhancement. However, 3D programming can be viewed on 4K TVs.

Why 4K TVs are not currently flying off the shelves

The main reason why it will probably be a while before the average, working-class American has his/her own 4K TV is price. Sony and LG Electronics are currently selling 4K TVs with starting prices in the low five digits. While pricey, you will be getting a lot of TV for your buck, if you do decide to buy one. Most 4K TVs have fifty-plus inch screens. As of the date of this article, the largest screen for home theaters is eighty-four inches, courtesy of LG Electronics.

You can still enjoy 4K technology in select theaters. For example, 4K technology was used to show “Blade Runner: The Final Cut” in movie theaters. As for enhancing your home theater experience, you can always enjoy a slightly less intense version of HDTV by way of your trusty standard HDTV or 3D TV. There are also services such as Cable TV Advisor that can help you find the best program options available in your area until the price of 4K TV drops significantly.

Author Bio:- Eric Halberg is a cable TV technician. He mainly writes for home entertainment blogs where he like sharing his tips and insights. More details click Cable TV Advisor