What Are the Top Uses of Photogrammetry? 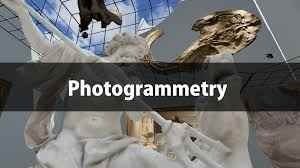 There’s no doubt that technology has changed everyone’s lives. This includes the way that most people do their day to day tasks. Every industry has one type of technology that they wouldn’t be able to do their jobs without. Photogrammetry is an essential part of many fields today. Photogrammetry software allows us to measure objects from just a photograph, which has been revolutionary in many ways. You could look at a picture of any image and be able to determine the size of it. This has only been around for a few decades, but has already made quite an impact.

The different industries that utilize photogrammetry might surprise you, while others are much more expected. Here are some of the top uses of photogrammetry.

In the event of an accident, photogrammetry plays a crucial role. When there’s a police investigation of anything, they need as much evidence as possible. Motor vehicle accidents need to be cleaned up quickly, especially if it could affect other vehicles. While this is necessary, it erases important information needed for an investigation. Taking photos of the scene and measuring it can give law enforcement a better idea of what occurred and who is at fault, even after evidence is cleared away.

One of the uses of photogrammetry that most people would most expect is architecture. Photogrammetry is needed to help architects give a display of a finished building before construction begins. It also helps while the building is in construction. Architects also commonly use it to help repair older structures that have been damaged. Photogrammetry allows them to determine the measurements of any missing features.

The use of photogrammetry has made land surveying much easier. Using these images makes it much easier for them to get accurate measurements of even large sections of land. Aerial photography has made this even more effective for land surveyors. Land surveying is important for many reasons, but most people will recognize it as a step in planning new property development.

Anyone who watches sports has seen photogrammetry, even if they have never heard of it before. Photogrammetry can be used to analyze an event to give those watching a better understanding. It can also be important for athletes while they’re training. Images and videos of athletes using photogrammetry can show them how to perform better.

Technology like photogrammetry feels only natural to be used for film and television productions. Any films or shows you watch often require complex settings that need to be created. Photogrammetry helps to make this easier to plan out and results in more life-life settings. It could also play a role in editing.