Want To Give Your Article A Featured Label On Google’s News Page?

Being a writer chiefly concerned with SEO the current arms race between Google and Facebook is making my job easier and easier. Not that SEO is actually that easy but the spats, the unwanted, unwelcome ‘improvements’ to familiar platforms in response to one another’s advances provides a wealth of topics to write about as well as directly helping with my job putting clients at the top of search engine results pages (SERPs). 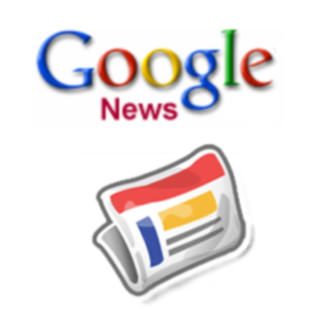 Google+ doesn’t currently welcome business profiles, however, if you’re an individual and you happen to love your company there’s nothing to stop you bragging about your corporate activity on Google+, throwing a couple of links in and making it public. Conveniently enough that kind of thing is perfectly acceptable and, as it’s public, Google spiders crawl and index it. If any members of your circles Google a subject that you’ve written on, guess whose content is going straight to the top of their SERPs?

Now, as a writer I’ve held that ‘Content is King’ for years, quality content is something that the Google Panda update was designed to reward. If you have high quality, relevant, readable content on your site, blogs, press releases etc, Google laps it up and rewards you with positions. +1 and Like buttons are a means of enhancing this; if you’ve found something and you like it giving it a +1 tells Google that it was interesting and relevant, taking some of the onus off of their algorithm and putting it onto real human beings reading and approving of the content.

Of course Facebook has had its Like button for some time now, however, the relationship between Facebook and Google has always been rocky with one accusing the other of sharp practice and a lack of transparency from time to time. Because of these spats it’s debatable how much weight Google gives Likes and now it has its own social media platform along with +1s they could conceivable ignore them altogether. This is doubly true since the F8 restructure which started being implemented on Thursday September 9. This development was part of Zuckerberg’s plan to turn Facebook from a social media platform into an entertainment platform. Everyone hated it (people generally object to unnecessary change) and I had more people accepting circle requests and receiving circle invitations over the Thursday and Friday than I had done since Google+’ inception three months ago.

In the next escalation of this conflict is Google’s Standout tag; The Super +1. These Big Boys push your content up the SERPS in Google news and may show a ‘Featured’ label alongside it. If you’ve written a phenomenal piece which does in a few words what many have been struggling to say for years putting a Standout tag on it is a great way to get it out there and eyes on your site. But use this weapon wisely young warrior. You only get seven per week to add to your own work, any more than that and your Standouts will start to be devalued. However, the tool lets you recognize talent in others as you have unlimited Standouts to add to other people’s work. For instructions on how to wield this mighty sword, visit the Google news official blog.

Author Bio:- @DanCash is a feature writer who lives on the south coast of England. He feels social media is not only important for marketing but it’s also useful for developing cross cultural training methods and effective matrix management.