Using Robots For Dispensing Is Gaining Traction in Malaysia 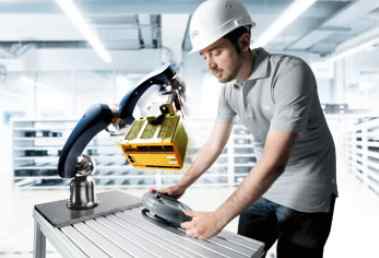 Many decades ago, manufacturers relied on humans for every aspect of the production process. This has always worked but some experts believe that there are more effective ways to reduce cost, which is where robotic automation comes into play. Utilizing robots compared to humans in production has proved to be very valuable for the manufacturing industry. Today, almost all manufacturing facilities utilize some type of robotic automation, reducing the number of needed human employees. In this long run, this technology has helped the industry save millions of dollars.

Yes, robotic automation is expensive but over time it pays for itself. The technology requires fewer resources compared to humans, resulting in more cost-effectiveness.

As the ole saying goes “its err is human”. Well, that could not be further from the truth in the manufacturing industry. With that said, one small human error could lead to a loss of hundreds if not thousands of dollars. This is one factor behind the growing popularity of robotic automation, which is believed to help increase accuracy in manufacturing facilities.

Malaysia has a long way to go to catch up with the American, Canadian, and British manufacturing industry. Utilizing robotic automation is just one way the country is catching up. The robotic glue dispensing system in Malaysia not only increases accuracy but also consistency, quality, and production time.

The Malaysian manufacturing industry is continuously growing, resulting in the need for larger workforces. Like many industries, manufacturing relies greatly on humans for almost every aspect of the production processes. While robots are becoming mainstream, humans are still needed in some form or fashion. One thing that Malaysian manufacturers have discovered is that robotic automation is very reliable. While it is not perfect, it appears to be more reliable than a fraction of the industry’s human employees.

Reliability is a necessity in manufacturing. If the employees are not reliable, the production process cannot go on. With robots, you never need to worry about them calling in sick. However, they can malfunction from time to time. A comparison of the two shows that robotic automation is more reliable than humans in many ways.

Ultimately, robotic dispensing offers numerous benefits. With this type of technology, you’ll be able to minimize your workforce while relying on reliable robots. And, you will be able to keep your workers safe. By allowing robots to handle these things, you can minimize the risks. This is why so many companies are making the switch to robotic dispensing automation. If you run a company and want to get more for your money, you should think about making the switch as soon as possible.