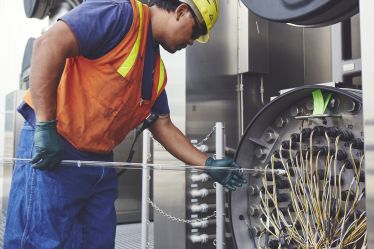 In the past few years, it has become increasingly clear that the world’s weather patterns are undergoing some drastic changes. Extreme climate change has caused some regions to suffer from severe rainfalls and flooding, while other areas have shown signs of becoming dangerously drier. Either which way, the world will be facing a lot of water-related issues in the next coming years. As such, governments must invest in solutions to replenish stressed water resources, and to prevent further ecological and economic damage before it is too late.

Water stress can be caused by a range of different factors, including but not limited to climate change, population increase, aging infrastructure, poor water management practices, etc.

Mores specifically, droughts can be caused by a lack of expected rain or snowfall. ‘Expected’ is the keyword here, as what might be considered a drought in one region might be considered normal weather in another. Global warming is often to blame, as greenhouse gases have led to an increase in extreme temperatures around the world. Drier conditions can lead to drought and even uncontrollable wildfires, resulting in severe destruction that encourage more droughts into the future.

Irregular surface water flow can also lead to droughts. Sometimes, this may be due to the overuse of dams and irrigation systems in an upstream area, as in the case of the Colorado river. This majestic river has been so split up and diverted by the construction of dams that it now rarely reaches its delta in the Gulf of California. It has also been taken over by invasive species, which destroy its health and aggravate its poor conditions, significantly harming and reducing its formerly rich wetlands.

It is clear then that human activity constitutes a major factor behind droughts. Deforestation is another factor that contributes to droughts. When excessive deforestation occurs, surface water evaporates at higher rates. Given that trees are also key to storing water, their loss can be devastating to the environment. Even the ground loses its ability to absorb water, as the presence of roots often encourage better water filtration. When soil becomes devoid of life, losing earthworms and microorganisms like bacteria and fungi, it then becomes prone to erosion, eventually turning into dry, infertile sand.

How can we reduce the impact of droughts?

The key to reducing the impact of droughts is to take preventative measures that protect the soil and promote the reuse of water. The agriculture industry is most responsible for water usage and waste. However, all taxpayers lose out when farmers need to depend on government subsidies and insurance payouts in order to get through a drought spell. As such, the agriculture industry needs to be encouraged to take on more sustainable farming practices to reduce their reliance on subsidies. Water conservation partnerships with urban areas are also encouraged to promote a shared approach to the problem.

Sustainable farming methods include planting cover crops, which are grown specifically to safeguard and improve soil health. Cover crops may not be good for consumer markets, but studies have shown that if properly planted and cared for, they lead to higher average yields than farms which do not make use of cover crops. Cover crops can act as natural fertilizers, increase soil biodiversity by promoting a healthy environment for important microorganisms, prevent erosion, and promote better water absorption in the soil.

In the 1930s, America’s infamous Dust Bowl was caused in part by unsustainable over-plowing, leading to severe soil erosion. No-till farming involves leaving behind residue or stubble from old crops, rather than re-plowing the land with every new crop. By planting over stubble rather than plowing, the soil can retain more moisture and nutrition, which reduces erosions and flooding, in addition to suppressing weeds. Proper no-till farming practices can ultimately save farmers, taxpayers and governments money by reducing reliance on costly insurance payouts. It just may also prevent the formation of another disastrous Dust Bowl.

Beyond practicing traditional drought-prevention techniques, both cities and farms can benefit from improved engineering technology, involving everything from better biotech to nanotech. The key behind all of this, however, remains the same: reduce, reuse and recycle.

Revolutionary technologies include the use of electronically active microbes to purify wastewater and to generate power. Such technology as demonstrated by Cambrian Innovation’s EcoVolt can cut a city’s water footprint in half, and potentially reduce the amount of electricity that is used. Dais Analytic has also shown that nanotechnology can be leveraged to purify wastewater on a molecular level. Another company, Ambient Water, has demonstrated that it is possible to take advantage of evaporation by essentially dehumidifying water from the atmosphere, thereby recycling what would otherwise be wasted as a byproduct of various agricultural processes.

Data-based technology is also another important solution that can help manage water waste in both cities and on farms. By making use of sensors, monitors and even drones, whether in a pipeline leak detection system or a smart irrigation monitoring system, it is possible to pinpoint where water is being lost, where it flows, analyse humidity levels, reduce water waste and more. Cloud based analysis and reports provide users with accurate data to ensure that they can keep track of their efforts to save water, and make improvements where needed.

Such technology can be seen in practice at Cakebread Cellars, a winery based out of drought-prone California, that makes use of high-tech tools to get them through periods of drought. Urban areas could also certainly benefit from technologies such as pipeline leak detection, given that leaky pipes (some nearly a century old or more) are responsible for much urban water waste. San Jose, California has plans to makes use of an extensive leak detection system in order to track and prevent such occurrences.

It is certainly true that regions like California are currently the ones that suffer the most from droughts. However, even areas that boast good rainfall and fertile lands need to practice sustainable water management practices if we are to ensure the stability of our food and water sources for years to come. Only a combination of sustainable water management practices, partnerships between cities and rural areas, and investment in water recycling technologies can ensure that all of society’s water needs can be maintained in the long run.