Ice Cream Sandwich OS (ICS) the latest Android Operating System will soon be available on the much awaited Asus Eee Pad Transformer Prime. This is the second-generation Tablet PC by Asus after its hugely successful Asus Transformer tablet. 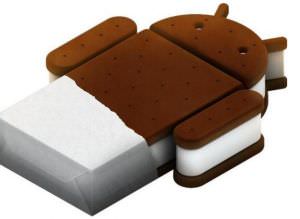 Asus has two ranges of tablets the Transformer series and the second Slider series. In both the ranges run on Honeycomb version of Android and typically come with integrated as well as detachable keyboards.

The Transformer range, as the name suggests, comes with a docking station and USB port for a keyboard insert, letting you convert the Asus tablet into a work-horse laptop.

The Transformer Prime is likely to be the first tablet to run on ICS format of Android, rumors from Asus sources were to be followed.

Transformer Prime to debut next week

It is expected that the Transformer Prime will break cover on the Nov 9. However, its exact release date in the UK is yet to be confirmed. Last week, Asus executive Jonney Shih while announcing Asus Q3 fiscal report, also confirmed some of Transformer Prime’s features.

The tablet, will have Nvidia quad core processor and will be perhaps the slimmest in its category at 8.3mm thickness. Though there is no confirmation yet on the exact dimensions and camera.

Though, Jonney Shih had showcased it at the AsiaD last week, the Transformer Prime is, yet to be launched, formally.

Prime will ride with some of the slimmest specs

At the event Jonney Shih described the new Asus Slate will run on the Nvidia Tegra 3 Processor, technically called the Kal-el. It will also have a 10-inch screen display and close to 14.5 hours of battery life. Of course, its selling-point could well be the ultra-slim waist size of 8.3 mm.

Despite broad hints of the ICS making to this model, on a more practical note, analysts suggest, the previous version of the Android, the Honeycomb will most likely run the new Transformer Prime. Later, it could likely be updated with the ICS OS, by last quarter of 2011.

The styling and finishing, look very similar to Asus’s Zenbook notebooks, but are surely eye-catching.

Jonney Shih during his announcement also mentioned the number of units they are expecting to sell this year. Asusteck Computer Inc, (as Asus is formally known) expects to sell 1.8 million tablets, largely due to the high number of Asus Eee Pad Transformer Prime tablets, expected to be sold in the fourth quarter of 2011.

In Q3 of 2011, 1.2 million tablets in both ranges of tablets were sold. In the fourth quarter the projects are for 600,000 units and these could predominantly be of the Transformer Prime.

Author Bio:- This Article is written by Abdu Karim, a technology enthusiast and staff writer for a tablet pc distributer specializing in business to business tablet pc sales.