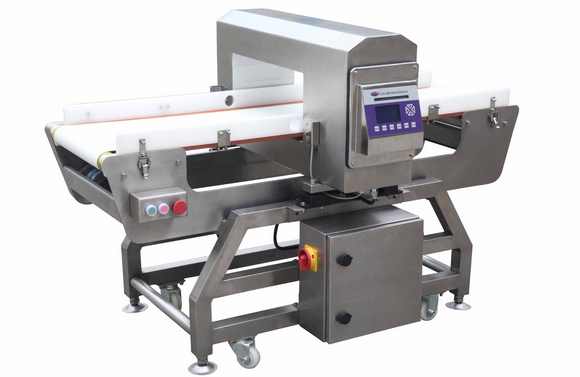 The world absolutely loves chocolate and in North America we eat more of it than any other country in the world. In fact, the United States will consume around one fifth of the world’s supply every single year, or about $18 Billion worth. Individually, we eat about 9 pounds of chocolate every year as well which lands Americans in 20th place, but because of the huge population of the country and the sweet tooth that drives the citizens to want it, America are the king and queen chocoholics.

Due to the sheer demand for this sweet treat, the North American market for chocolate is the most important in the world. It makes up a large part of global sales but has also seen consistent growth year over year since 2010. Analysts predict that this trend will continue at a rate of near 3%. At the end of the day, the demand for chocolate in North America is huge.

Not only are North Americans eating simple chocolate, but it’s also an ingredient in many other foods and desserts used in the baking industry.

Chocolate’s main ingredient, cocoa, is sourced from many parts of the world, one of which is the Ivory Coast in west Africa. Cocoa plantations grow the cocoa needed for major chocolate manufacturers who in turn produce the world’s chocolate.

In order to produce a product made to the highest of standards, chocolate manufacturers have implemented many safety checks, tests and processes for eliminating contaminants in their products. With the globalization of the manufacturing process this is not always as easy as it sounds. It begins with ensuring the quality of the ingredients being used are not only the best available, but also acquired through moral means. Once sourced, the ingredients themselves are tested and inspected as a preliminary means of ensuring no contaminants are found.

There are many steps in the manufacturing process of many products and chocolate is no exception. Despite the quality of the ingredients that are used to make the chocolate, there are still many points at which the product can be contaminated throughout the production process and it’s prudent for companies to continuously check the product as it is being made.

One of the best ways to do this is to use highly sophisticated and accurate metal detectors and x-ray systems.

Food grade metal detectors are specifically designed to find metals in food, which often times come from shavings, nicks, bits and chips of metal that are dislodged off the manufacturing equipment during the production process. Use of these detectors are paramount in finding these foreign objects which would otherwise go unnoticed.

Chocolate manufacturers like any food company need to be aware of what the risks are when manufacturing and shipping their products in order to keep the public safe.  Some of the main areas of concern are:

Foodborne Illness: One of the greatest concerns for food processors is the consistent risk of microbe or pathogen growth on food. Bacterial and viral contaminations are most common. More than 300,000 people are hospitalized every year due to foodborne illness and more than 5,000 of those die. The main causes for contamination leading to foodborne illness include inadequate food manipulation, improper holding temperatures, inadequate cooking processes as well as personal hygiene of workers involved in the manufacturing process.

Food Contaminants: Heavy metals such as lead, mercury and cadmium can be found in food and can lead to poisoning if ingested. In addition, larger pieces of metal can be dislodged during the manufacturing process which can cause harm to both the machines used on the production line as well as people that happen to eat food with metal

Pesticides: Pesticides are often used in many agricultural processes that include animal feeding operations as well as growing of many fruits and vegetables. Exposure to the types of pesticides commonly used have been linked to birth defects, nervous system damage and even cancers. One of the best practices for mitigating potential exposures is thorough wash/rinse cycle at both the manufacturing level as well as just before the food is prepared for consumption.

Antibiotics Resistance: One of the traits of bacteria is that it can become resistant to the antibiotics that we overuse. While this is typically common knowledge now, many farms still employ the proactive use of antibiotics rather than using them as a therapeutic measure of controlling infection. This can lead to increased resistance in animals which can lead to diseases and infections that are not able to be treated.

Why Are Metal Detectors so Important?

While there are many steps in preventing contaminants from entering the food supply chain, one of the simplest is through the use of metal detectors for the food industry. As the first line of defence, these systems are uniquely equipped with the ability to ensure that foreign objects do not find  themselves in the finished product. They can (and should) be implemented at several steps in the production line to ensure maximum effectiveness in order to take full advantage of all methods used to stop most methods of food contamination.

There are companies such as Fortress Technology that are key partners that work with many chocolate and other types of food manufacturers to build custom solutions specific to their client’s needs. This allows food processors to modify how and what the detectors look for and to consider the many variables associated with their product that may not necessarily be similar to other food products which increases accuracy of the systems.