Kubernetes vs. Docker: Comparison of These DevOps Tools 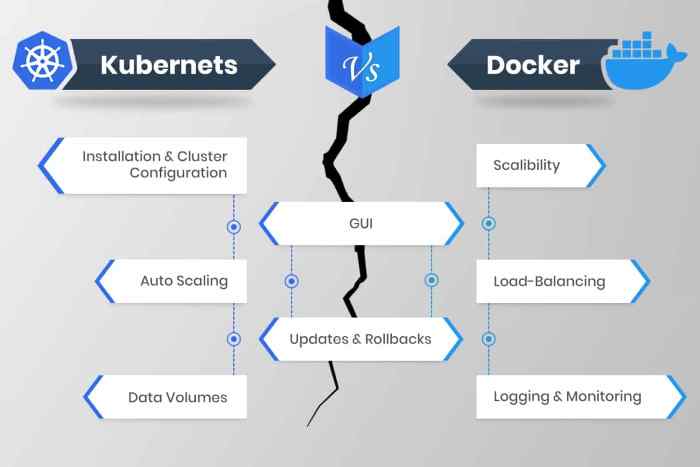 Today, businesses and organizations rely on software and applications as much as they do automation. DevOps comes in handy where application development needs automation for better output. It is the solution that businesses and organizations are turning to, to facilitate faster, continuous, and more efficient deployments in keeping with the business needs and consumer expectations. This is the reason why the demand for DevOps continues to rise.

Secondly, DevOps introduces a collaboration culture between the development and operation teams involved throughout an application’s life cycle. With fewer errors, faster deployments improved productivity, and a more focused IT culture without overlooking the security aspect, DevOps is certainly here to stay.

With the rapid rate of adoption of the cloud worldwide, cloud software spending is expected to continue growing steadily at least up to the year 2026. This means that the demand for automation is expected to rise in the coming years. By the year 2016, DevOps adoption rate in businesses was estimated at 74% and must have risen beyond this since then. The narrative today is no longer ‘what is DevOps?’ but, ‘How best to implement it’.

With DevOps, Amazon today boasts of deploying a code every 11.6 seconds with only 1 out of 100,000 failure rate and Etsy up to 60 deployments a day. With the popularity of DevOps, tools like Kubernetes, Docker, Ansible, Jenkins, and Git have gained traction, and likewise related courses such as the Certified Kubernetes Administrator Course.

In understanding these DevOps tools, it is important to first understand the containerization concept.

Containerization is a trend that is fast gaining ground in software development. It refers to encasing and running applications in containers in the cloud or other platforms. Each application is run on its own operating system which makes the process light, efficient, and free from bugs.

Containerization brings with it more advantages including the fact that it is a real-time process that facilitates speedy provisioning. Containerization also requires less memory compared to running applications in virtual machines (VMs).

Kubernetes, an open-source software developed on the Google platform, was released in 2015. This is a container orchestration tool that works by automating deployment, management, and other processes for multiple containerized applications on public, private, or hybrid clouds and on physical or virtual machines. After generating commands like configurations, host, storage and other details, Kubernetes is left to run these containers based on the settings configured by a developer.

Kubernetes has the capacity of running complex container applications in large complex clusters with the capabilities of automatic up or downscaling and efficient resource utilization.

Docker container applications run in isolation without interfering with each other making it easy to develop and deploy individual containers. It is also relatively easy to configure.

Comparison between Kubernetes and Docker

As we have already seen, both Kubernetes and Docker are open source. This means that they can be hosted on a number of platforms including private and public clouds.

The fact that they both come with immensely elastic capabilities to cater for scaling demands in both directions where the need will arise to deploy more or fewer application containers to meet demand.

On the other hand, Docker and Kubernetes have their differences.

While Docker is designed for uncomplicated containerized applications in a small setting where each application container can be managed efficiently on its own, Kubernetes makes sense in a larger setting involving many users, multiple and relatively complex containers, as well as unexpected scaling requirements. Here, orchestration will come in handy.

Kubernetes can work with or without Docker. There are other containerization technologies apart from Docker that Kubernetes can operate in line with. The bottom line is Kubernetes as an orchestration system cannot run on its own. It needs a system that creates containers for it to manage these containers in clusters. It is important to note that Docker Inc. developed its own orchestration technology which is known as Docker Swarm. Still, Kubernetes boasts of more than double the capabilities of Docker Swarm.

Kubernetes offers automatic scaling and storage. While Docker it is possible to scale up or down with Docker, the process is rather complicated. Again, Docker does not offer automatic storage and lacks an automatic system performance monitoring.

As we have seen, there is really no separating Kubernetes and Docker as each of these technologies has been developed with a unique purpose. In fact, they need each other to operate efficiently. Docker can run on its own, on a small scale without the need for an orchestrating system. Kubernetes, on the other hand, needs a containerization system, Docker or others, with multiple containerized applications for it to run.