Has VR Found Its True Calling In Healthcare?

It’s often seen as the future of home entertainment but it appears as if virtual reality technology has found another calling. There is a growing movement in the healthcare industry to utilize VR and AR for the purposes of training, research, and even diagnosis. The benefits are numerous but is this really the best way to utilize the technology?

Since this most recent phase of virtual reality technology has reached the mainstream, the emphasis has been on gaming. Whether it’s with Oculus Rift or HTC Vive headsets, the majority of the marketing has been focussed on VR gaming. It is certainly a growth industry. In 2015, the worldwide revenue for VR gaming was less than $670 million. That figure rose to $5.8 billion in 2017 and is expected to top $22 billion by 2020. 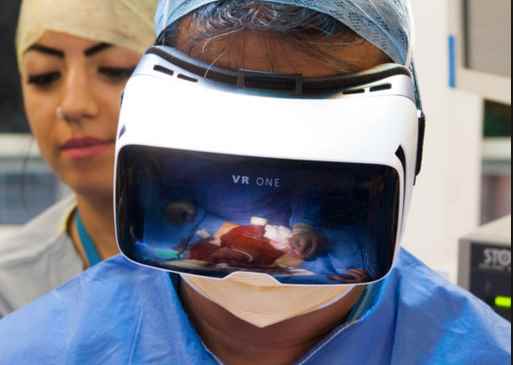 That is hardly surprising given the mainstream nature of VR gaming technology today. A lot of that is down to the launch of PlayStation VR back in 2016. Now, fans can choose from any number of different titles including Skyrim and Resident Evil 7: Biohazard and just last week, Sony announced that they had sold over 4.2 million headsets worldwide.

That is an impressive figure but there are still some clear objections to the use of the technology in gaming. The equipment is costly and some users have issues with things like motion sickness and dizziness if they play for long periods of time. These are problems with the technology don’t really come into play in other sectors where VR is being utilized successfully.

Oculus has used the technology in the sporting world, allowing users to watch their favorite matches in an immersive experience. Elsewhere, the technology been utilized  by Betway to create an engrossing live casino while the Guggenheim Museum in New York has launched a feature which allows users to tour the site from the comfort of their own home. These have all proven successful but another sector seems to be using the technology better than almost any other: healthcare.

Founded in 2016, VRHealth is a company that creates medical and therapeutic applications using VR and AR technology. It was the first certified VR healthcare company on the planet and all of its applications are compliant with the FDA.

“Our brain is like a CPU – 75% of that CPU goes to visuals and sound. When we overload our CPU with an immersive technology like VR, things like pain can get downgraded in the priority list. That’s why it’s amazing for pain management or pain distraction. Once you combine that with actual rehab, physical therapy or any other process where pain is another element, it’s a game-changer.”

But VRHealth isn’t the only company utilizing this technology in this way. Estimates suggest that the VR healthcare market will reach almost $7 billion by 2026. Its treatment uses don’t end with pain management. VR has been used as a way to treat other mental health illness as well as more physical afflictions including robotic surgery.

The technology is also being utilized in the world of diagnosis. A study at the University of Washington Medical Center demonstrated the usefulness of VR technology in certain types of procedures. In the experiment, researchers performed an intervention radiology treatment using a VR headset which displayed a real-time model from inside the patient’s blood vessels. When compared to traditional methods, the researchers needed a shorter mean time to reach the targeted blood vessels and less radiation exposure as the typical practice is to use an x-ray image.

“Virtual reality will change how we look at a patient’s anatomy during an IR treatment,” said Wayne Monsky, a professor of radiology at the University of Washington and the lead author of the study.

“This technology will allow physicians to travel inside a patient’s body instead of relying solely on 2D, black and white images.”

However, perhaps the most useful application of all has been in training. There are free apps like Operate Now and Surgery Squad which provide the user with an immersive training experience in a clinical setting without having to actually be there. It reduces costs for training providers as well as providing student doctors and surgeons the experience of working in a medical team and using the equipment.

It’s an interesting time for virtual reality technology. The equipment is still very much a work in progress and has a long way to go to appease its critics. VR gaming is growing but it seems as if the current technology is finding more success in other sectors like healthcare. Gamers may still have their hang-ups about VR but while that is happening, the technology is helping medical professionals and researchers to do their jobs.