Google always tried to beat facebook, but failed to do so. If you remember google launched Google Wave service a online collaboration tool. The aim was to develop a social community like facebook, but it did not received good response from the internet community. 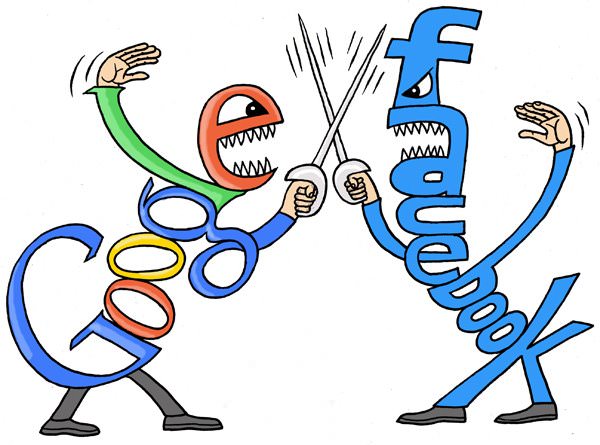 After Google Wave failed, another social community called Goolge Buzz was introduced by big G, but again it did not received good response from internet users.

This time Google has introduced another social community called Google + and it got tremendous response from internet community. It is reported that Google + has reached to 1 million users and continue to grow. This created very tough competition for facebook as lots of users are switching to Google +.

In one of Webpronews article it is reported that facebook blocks google + ad forms user, and several other users has also reported that there account is being blocked because they were using Google + on the same computer. This shows that how much facebook is worried about Google +.

I personally feel more compatible with G +, that could be because of the new and fresh environment or because i feel little bored in facebook, but the thing is that i spend more time in G+ now.

The features currently in Google + are just the beginning and many more are coming, said by the Google + team. So it means in future facebook will see very tough time because of Google +.

Finally google has come to the position to take the place of facebook and establish G + as the 2nd most popular website in the world. For your information let me remind you, Google.com is currently the no.1 most visited and popular website on internet, 2nd is facebook and 3rd is youtube.

What is your opinion about Google + and the future of Facebook?