Working in ecommerce offers people the ability to be their own bosses, sell their own products, and manage operations their own way. However, one important consideration is often overlooked. While you may not have a boss in the traditional sense of the word, you will gain hundreds or even thousands of them in the form of your customers. With that in mind, it helps to take a look at the kinds of ecommerce customers you’ll likely encounter. 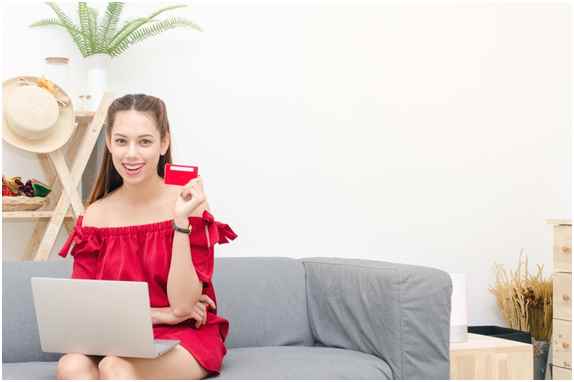 Difficult Steve isn’t a bad guy. He’s just a pain. He orders three suit jackets on clearance from your website without reading the returns policy. After trying them on, he decides to return the other two, but is frustrated by your customer service team who says he is not entitled to a refund. If the situation isn’t deftly handled, he goes on a tirade on social media trashing your ecommerce brand.

Whether you are selling men’s suits online, starting a furniture business via Shopify or building a personal electronic brand and website from scratch, you are bound to encounter a difficult shopper from time to time. The key to navigating these interactions is to be polite, accommodating, and firm. At times, these objectives may seem to contradict one another. For example, if Steve wants a full refund and your policy says, “no refunds period,” it can be hard to be accommodating to his demands. In these cases, it might be better to offer store credit rather than a refund.

It might be tough to manage these folks at first, but with enough time, practice, and patience, e-sellers can become experts in dealing with difficult customers.

Betsy loves shopping online, but she refuses to pay full price on anything. She might visit your e-store three dozen times in six months, examining the same pair of turquoise running shoes. It’s clear she wants to buy them, but until you have a sale, she simply won’t budge.

Bargain shoppers have been around since the dawn of time; and for many people, it’s a statement of pride. All of us probably have at least one friend or family member that matches this description. While the days of clipping coupons is arguably in decline, ecommerce websites need to respect that bargain shoppers still exist; and that the internet gives shoppers wide opportunities to shop elsewhere.

To keep Bargain Shopper Betsy on the line, e-stores would do well to target them with unique coupon codes and marketing materials. For instance, if Betsy visits the same product page day after day, try sending her an email with an exclusive deal: 10-percent off turquoise running shoes, this week only!

This is all it usually takes to convert a Betsy into a buyer.

Forgetful Charlie is shopping for the holidays. He discovers your ecommerce store and decides he can buy all his gifts in one place. He fills his cart with a smartphone, a waterproof Bluetooth speaker, a GoPro camera, and a pair of noise canceling headphones. Then, right before checkout, Charlie disappears. Leaving his cart full of goodies in a sour state.

Cart abandonment is the blight of the ecommerce industry. Research shows billions of dollars in global ecommerce are lost to abandoned carts. What gives? It’s not all bad news, however. The Baymard Institute asserts that 26 percent of abandoned carts can be recovered and converted into sales.

When you encounter a Forgetful Charlie, try sending him a follow up email or push notification reminding him of his pending order. Be polite and avoid the hard sell. Charlie might have forgotten which site he used or has just been waiting for his next paycheck. The reason doesn’t really matter. All it takes is a light nudge in the right direction to complete this sale.

This is a savvy consumer (or what ecommerce sellers might define as “picky”). He won’t buy anything unless he is 100-percent certain it’s the best purchase possible. He wants to buy a digital camera and will take as much time as necessary to select the best brand and model on the market.

The internet is a prime place for discerning shoppers like Ryan. It contains all the information he could possibly need to sift through his various options. However, e-stores would be wise to share all the details necessary for Ryan on their own website. For instance, ecommerce vendors could post blogs comparing different camera models and their uses. Similarly, they could create videos exploring the internal mechanics of each camera and why they work.

These techniques give Ryan all the fodder he needs to make a decision. However, if your e-store doesn’t have that information, Ryan will find a store that does. You must anticipate your customers’ needs to secure their business.

This is true for all of the ecommerce customers you’ll likely encounter.