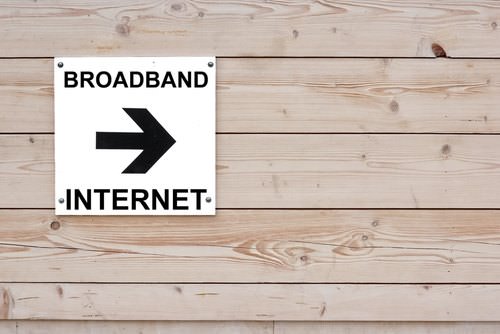 The internet is increasingly becoming a basic commodity nowadays. The number of people getting totally dependent on the internet is growing year by year. The internet has also absolutely replaced the traditional phone service as the main communications utility in the US and in other key parts of the globe. It’s now becoming as important as electricity, water, and other basic utility.

The answer as to whether broadband internet access is indeed a public utility or not is close to a “Yes”. However, certain problems are blocking people’s way, especially in America. As you may have known, the internet fee in the US is crazily higher than other developed countries despite the quality of the service being just relatively the same. Some countries like South Korea even have cheaper internet bills despite having a much faster internet speed.

One root problem is the lack of competition among internet service providers in the United States. The giant companies are seemingly covering their own territory and mutually concurring about keeping it that way to avoid the prices from plunging. Since the demand remains high and the supply of decent internet access is minimal, the price can really be negatively affected on the part of the consumers.

This is a huge problem because a lot of the day-to-day activities and essentials are done online. And people from the rural areas and from the low-class sector do not have appropriate access to affordable internet connection. The continuing price upturn in the U.S. deprives people from their basic communication needs. Because broadband and wireless services are really coming out as necessities, people don’t have any other choice but to acquire their services even though the prices remain unreasonably high.

There have already been governmental initiatives to bring a thorough resolution to the matter. Policy prescriptions are already laid out to enhance the broadband penetration and competition in the US while reducing the prices. The goal should be to make every citizen get a good internet access for a reasonable rate, like $30 monthly or so. If the private sectors can’t be controlled, the federal government must step in and make the right moves to finally stabilize the situation.

Another aspect that makes it hard to multiply the competition is due to some local and state laws that rather inhibit the emergence of fresh competition. Creation of wireless networks have been made complex for different municipalities. This is also due to the works of the industry giants. If proper financing can be obtained, the creation of high-speed fiber networks for citizens can be possible.  The regulators must also do their part to ensure that no monopoly is organized.

Overall, the internet should really be considered as a public utility nowadays. Unfortunately, the price barriers make some people think that access to internet is some sort of luxury. For sure, if some of the solutions stated above are properly implemented, there’s still hope that every citizen can already get an equal opportunity to fast internet speeds and affordable deals. If companies like Bustan are given more opportunities to come to the picture, citizens can surely have a more affordable way of maximizing this whole new public utility.