You can’t beat a good book…or can you? 2010 was the year of the e-reader as sales soared by a massive 79.9 per cent on the previous year. So does the rise of the reader signal the beginning of the end for books?

Probably not, as many people will always prefer to physically turn the page of their latest page-turner, in the same way that some still prefer to buy records on vinyl rather than via an mp3 download. But when you consider that e-readers give you the capability to carry an entire library of books wherever you go, it’s hard to see how more and more people won’t be turned on to the digitized digests.

And it’s not just e-readers that are revolutionizing the way in which we read as more and more platforms, such as the iphone, ipad and even the Nintendo DS, are offering consumers the chance to read books in an on-screen format.

But when it comes to digital books there is no substitute 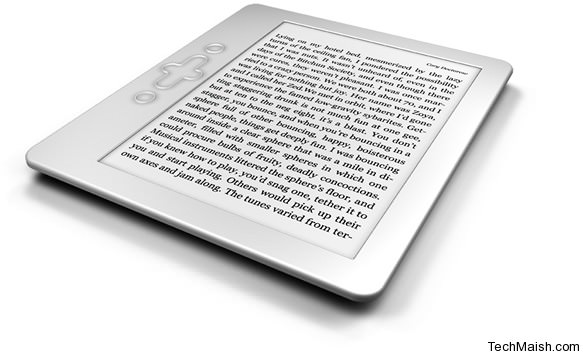 Sony were one of the first to take the plunge and put an e-reader onto the market and have built upon the success of the PRS 505 ebook by releasing the PRS-600 which brings touch-screen technology to the ebook.

The Sony is one of the best looking platforms on the market, with a soft touch case that gives it the feel of a book and the six inch e-ink viz-plex paper-like screen is easy on the eye.

In the past Sony readers have fallen down on the responsiveness of their touch screen which has never had the responsiveness of, say, an i-phone interface. But they have made massive improvements on this with the PRS-650BC which responds well and offers intuitive routes to specific menus.

The reader comes with 2GB of internal memory, which can store up to 1,200 books, and can be extended through an MS Duo and SD card to store up to 13,000 books.

The Sony reader supports a host of file formats and has a battery life that allows for about two weeks worth of reading on a single battery charge. This, coupled with the fact that it also has a built-in mp3 player, makes it the perfect device to take on holiday and enjoy your favorite books and favorite music whilst relaxing buy the pool.

Amazon had upped it’s game with the Kindle 3G – at only 247 grams in weight and 8.5mm thick, it’s lighter than a paperback and thinner than a magazine, it is 21 per cent smaller than it’s predecessor but still has the same 6 inch screen and has a high contrast 16 level screen which gives it a 50 per cent sharper contrast than any other reader.

It looks like a stylish piece of kit and, though there’s no touch-screen technology, it has intuitive navigation buttons positioned around the screen for page flips and a 5-way rocker switch.

The main downside of the kindle is that it has no expandable memory and, whilst it’s 2GB, 3,500 book storage capacity is adequate, this means that you can’t load books straight from an SD card and, should you fill it you’ll have to delete books to add new ones.

Other plus points are a one-month battery life, free 3G wireless and wi-fi connection, a read-to-me text-speech feature and an integrated social networking feature.

One of the more expensive models on the market, the Bebook Neo certainly looks the part with it’s white plastic facia and rubberized rear panel and it also has the hardware to back up it’s good looks with built in wi-fi and a Wacom touch-screen.

But it is the touch screen that is the major flaw in the Neo’s armory as the screen response isn’t great and doesn’t respond to finger touches. Instead it must be navigated using a stylus and whilst the thinking behind this is that a stylus is far more accurate than people’s clumsy fingers, in reality this just means that it’s actually easier to navigate using the buttons.

A major plus point for the Neo is that it is completely open source so, unlike the Sony and Kindle platforms, they are not exclusive to any eBook store.

Another interesting feature on the Bebook Neo is the notepad option which allows you to use the stylus to write on a blank screen or add annotations to your books.

On the downside, the Neo has a headphone jack but seems unable to support audio files and whilst it’s wi-fi capability allows you to browse the internet, the black and white ink screen doesn’t lend itself well to website browsing.

At 298 grams it’s the heaviest of the three models reviewed, though it’s still hardly likely to weigh you down, and at 10.6 mm is slightly thicker than both the Amazon Kindle and Sony Reader.

As mentioned earlier, there are a multitude of platforms that allow you to read books electronically, so when buying an e-reader you need to consider what features are most important to you.

Be sure to check what file formats are supported as fewer formats means that you will be limited in the amount of books you can buy.

It’s also important to consider the type of publications you will be reading. If you’re planning on just reading books then this isn’t really an issue but if you plan on reading magazines and newspapers then you’ll most likely want a reader that can display graphics.

Another consideration is exactly how you will use the reader as, if you’re planning to use it when relaxing by the pool or in the garden then it’s important to pick one with a high contrast screen that is unaffected by bright sunlight.