Android OS vs Symbian and iOS 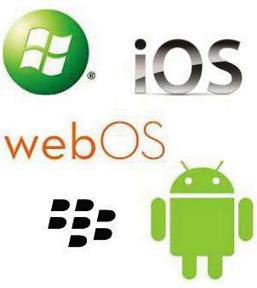 Why Android is better than Symbian OS and IOS?

The user interface of Android phones has been developing and refining continuously as compared to IOS. Google has made its Android 4.0 much more user friendly and innovative in terms of user interface. The most important feature of the Operating System is navigation buttons making navigation easier for the user while browsing through the phone. IPhone has got one navigation button and that is the Home Button. Android phones have other buttons too like the multitasking buttons, the menu buttons and the back button.

2. Speed of the Processor

3. Speed of the Internet

The browser given by the Android phones is the best as it has got algorithms which are simpler and fast whereas the Symbian and Iphone Operating System have got complicated algorithms which make its browser slow. The browser of Android has got visual bookmarks that can be used easily giving an embellish   flow on the information part.

The Android is produced by the behemoth Google which supports 500000 applications whereas the Symbian is generated by Nokia having limited applications which makes them NOKIA-dependent. Android supports all the apps which are created by Google such as   Google earth, Google calendar, voice and translator of Google. Android phones and tablets also support Google chrome as its browser. So Android has got a vast pool of apps in comparison to Symbian and IOS which makes it the winner in market.